Why You Should Care About This Bieber-Bloom Business 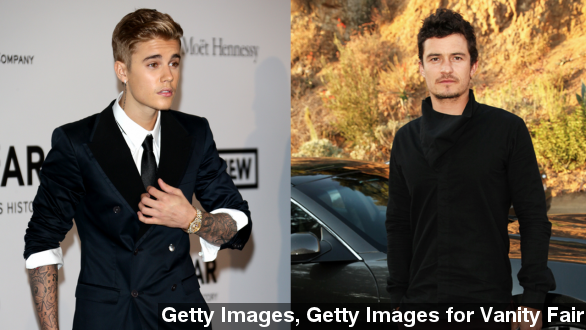 SMS
Why You Should Care About This Bieber-Bloom Business

By Christine Slusser
July 31, 2014
Justin Bieber and Orlando Bloom caused a ruckus when Bloom reportedly tried to swing at the Biebs. Here are five reason why you should care.
SHOW TRANSCRIPT

​We're sure you've seen the headlines. Justin Bieber and Orlando Bloom nearly got into a fight. The horror! (Via ABC, AOL, Time, CBS)

So why should you really care about two rich celebrities getting into it while getting down in a total party city? Here are five reasons. (Via Getty Images, Getty Images)

​"​The actor allegedly took a swing at the singer after Bieber made a rude comment about Bloom's former wife, Miranda Kerr."

But Beliebers, don't be let down. TMZ says the Biebs may have tried to walk away. A true gentleman ... ish.

And the No. 4 reason why you should care: What if one of their beautiful faces became tarnished?

Both Bloom and Bieber are known heartthrobs — one side glance can leave a person looking a little like ... (Via Getty Images, Getty Images)

"I'm melting, melting! Ohhhh!" (Via Metro-Goldwyn-Mayer / "The Wizard of Oz")

Seriously, what if Bloom landed a punch and Bieber's nose swelled up like a Burpee's Big Boy Hybrid Tomato? Or if Bieber swung back and Bloom's eye looked like a black hole sucking all the beauty out of his face? We don't know if we could go on living. (Via Getty Images, Getty Images, NASA, Cheryl Colan / CC BY NC 2.0)

At No. 3, we should care because these stars are just like us.

There have been reports and denials of Bieber getting friendly with Bloom's ex, Miranda Kerr, and of Orlando Bloom spending some ... quality time with Bieber's on-again, off-again girlfriend, Selena Gomez. (Via Hollywood Life, TMZ, E!)

Maybe the guys were just trying to impress the ladies. Understandable, if idiotic.

And at No. 2 — bullying. Yes, this is bullying, people. The taunting has continued online.

Bieber posted this picture of Bloom on his Instagram. There was no caption, but it does kind of look like Bloom is crying in the pic. And more than half a million people "liked" it. So get fired up, 'cause this is some Internet hatin'.

And the No. 1 reason we should all really care? Well, if these two are fighting over women that neither of them are officially with ... that means they must both be single. (Via Getty Images, Getty Images)

Yes, either of these punch-throwing, Instagramming, partying man-children could be yours. Oh, the horror.