Why Would WHO Ban A Journalist Reporting On Ebola? 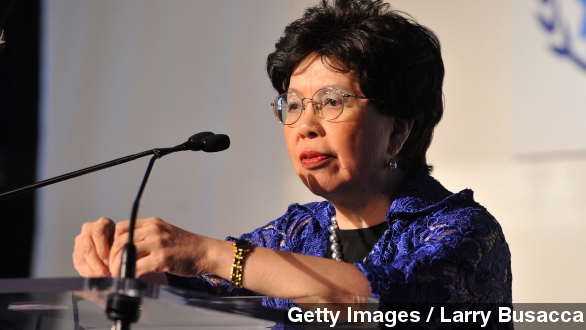 SMS
Why Would WHO Ban A Journalist Reporting On Ebola?
By Jasmine Bailey
By Jasmine Bailey
November 14, 2014
The World Health Organization inadvertently copied BuzzFeed on an email about blacklisting one of the outlet's reporters. But why did it ban her?
SHOW TRANSCRIPT

So, this is a he said/she said story that's turned out to raise some legitimate ethical questions.

The World Health Organization apparently blacklisted one of BuzzFeed's reporters — and accidentally let that slip in an email exchange with another BuzzFeed reporter.

Now, yes BuzzFeed is listicles galore, but the outlet has also been working to beef up its in-depth news.

"And so we wanted to be tracking that, be covering that." That's Jina Moore. She's an award-winning journalist for BuzzFeed and has been in West Africa covering the deadly Ebola outbreak for months. (Video via International Women's Media Foundation)

According to one leaked email from the World Health Organization, "Jina Moore ... on two occasions reported inaccurately and when in Liberia was trying to enter WHO/MoH meetings without permit." (Via Twitter / @MiriamElder)

But in an exclusive statement to The Washington Post, BuzzFeed's Editor-in-Chief Ben Smith defended Moore, calling her "One of the sharpest, most humane and important voices on the Ebola crisis."

And the health agency never noted these alleged inaccuracies. Moore has contributed to a slew of 80-plus stories for BuzzFeed.

The Poyner Institute even got involved in the mess and as of Friday afternoon reported the agency has agreed to work with BuzzFeed, and Moore, again.

The World Health Organization's director of communications told Mashable the agency only bans organizations that have broken an embargo and said BuzzFeed has never done so. Although she didn't respond to an email about Moore's supposed blacklisting, she did show Mashable a distribution list that included Moore.

But if those emails hadn't been exposed, Moore conceivably could've remained blacklisted by the organization as a whole or someone in the organization — arguably a disservice to the concerned public reading her articles.