Why Would NBC Put New Show 'Aquarius' On Streaming Sites? 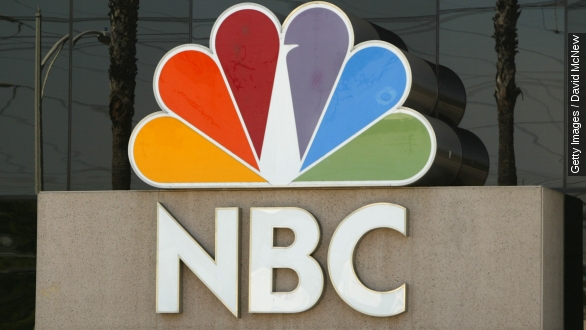 SMS
Why Would NBC Put New Show 'Aquarius' On Streaming Sites?
By Ben Lawson
By Ben Lawson
April 30, 2015
NBC is putting the entire season of "Aquarius" online even though it's still airing weekly episodes. What does this odd strategy do for the network?
SHOW TRANSCRIPT

To the delight of binge-watchers everywhere, NBC will be putting the entire season of its new show "Aquarius" online immediately after broadcasting the premiere May 28.

The David Duchovny-led series will chronicle a group of 1960s detectives trying to track down cult leader Charles Manson.

"If you want to win a war, you gotta fight ugly," said Duchovny's character in a preview for "Aquarius."

For one month, all 13 "Aquarius" episodes will be available through NBC's streaming services and video on demand, even though the network still aims to air episodes of the show on a weekly basis.

All of this is awesome for people looking to waste a weekend with a new show, but what exactly does NBC hope to get out of this? After all, it seems like putting a show online would mean worse ratings when it's broadcasted on live TV.

NBC's entertainment chairman Bob Greenblatt said this strategy gives the network the opportunity to "push some new boundaries" and do "something no broadcast network has done before."

As Time puts it, this is just NBC trying to be Netflix, because "Binge-ers wanna binge, and if networks don't give them that option, someday someone else will."

Netflix has seen huge success by putting entire seasons of shows like "Orange is the New Black" and "House of Cards" online all at once. NBC could be trying to duplicate that.

It's possible the network is testing an assumption that the people who watch it online wouldn't tune in for any of NBC's broadcasts anyway. If that's the case, NBC wouldn't see a huge impact in ratings and might be more comfortable using the same formula in the future.

We should also point out putting "Aquarius" online doesn't seem like a huge gamble for the network.

It's a limited series scheduled to run over the summer, which is not typically the time that networks put out series they expect to have huge success. Plus, all 13 episodes are already completed and ready to go, meaning NBC execs have already seen the show and have an idea of how well this distribution system will work for it.

So putting it online means more attention for a show that might not have been too popular otherwise. If this method works for "Aquarius," maybe we will see more TV networks test this strategy in the future.

Just don't hold your breath over seeing a megapopular show like "The Walking Dead" going online before the current season is up.