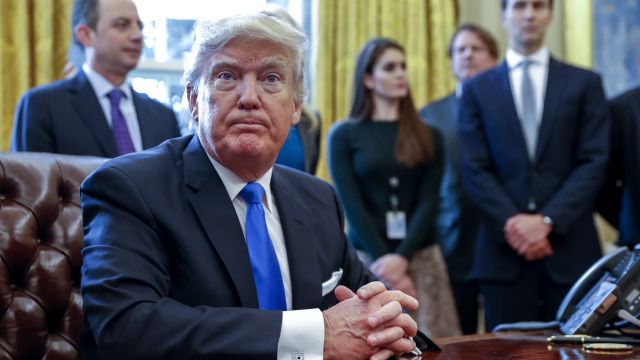 SMS
Why Won't Trump Release His Tax Returns? Let's Count The Excuses
By Jake Godin
By Jake Godin
January 25, 2017
The president and his allies haven't settled on why exactly he can't release his tax returns.
SHOW TRANSCRIPT

Seventy-four percent of Americans want to see Donald Trump's tax returns. So why won't he release them? Let's count the excuses. 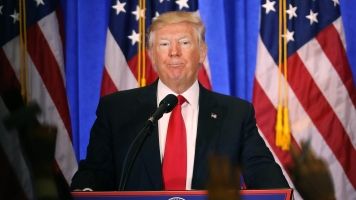 February 2016, Donald Trump: "You don't learn anything about somebody's wealth from a tax return."

May, Donald Trump: "I'll tell you this, I'll really gladly give them — you're not going to learn anything — but it's under routine audit. When the audit ends, I'm going to present them."

July, Donald Trump: "And remember with Mitt Romney four years ago … they finally got it in September — he decided to give it — and they found little minor things … and they made such a big deal. He might have lost the election over that."

September, Donald Trump Jr.: "He's got a 12,000-page tax return. That would create probably 300 million independent financial auditors out of every person in the country asking questions that are going to distract from his main message."

September, Kellyanne Conway: "I just can't find where this is a burning issue to most of Americans."

October, Rudy Giuliani: "The way all of you are treating this is a very good indication of why someone might not want to release their tax returns."

January 2017, Kellyanne Conway: "We litigated this all through the election. People didn't care. The White House response is that he is not going to release his tax returns."