Why We Should've Known Joaquin Phoenix's Engagement Was Fake 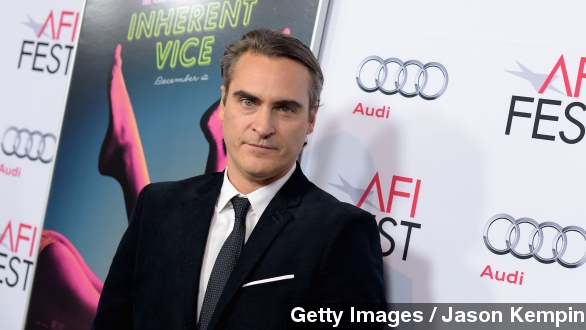 So, remember when Joaquin Phoenix announced he was engaged on the "Late Show" in the strangest way possible?

"I proposed to her, and she said yes," Joaquin Phoenix said on the "Late Show."

"You proposed to her? So you're getting married?" David Letterman asked.

"Well, I mean, if everything works out, it appears, so far," Phoenix said.

Yeah, turns out it was all a hoax to mess with "Late Show" host David Letterman Monday night. Again.

The next day, Phoenix admitted to fabricating the whole weird story about falling for his yoga instructor after she taught him a particularly strange pose called "the harness of the hog."

"So you did it to him again?" Stephanopoulos asked.

"I mean, I think like my life's so boring, and so it seemed like it was something exciting to talk about," Phoenix said.

Phoenix's engagement hoax comes a little more than five years after the actor made another odd appearance on the "Late Show" that was filled with awkward silences and strange behavior.

The strange segment ended up being a part of the mockumentary "I'm Still Here," and Phoenix later apologized to Letterman for the stunt. (Video via Magnolia Pictures / "I'm Still Here")

So should we have known Phoenix was messing with us once again Monday night? After all, it's not unusual for a celebrity to drop news of an engagement, baby or marriage on a late-night show.

But as a writer for E! put it, "In hindsight, Joaquin Phoenix returning to the scene of the proverbial crime and committing another one makes far more sense than what he actually said."

And Phoenix's story did sound a little fishy, even Letterman seemed skeptical about the so-called "harnessing of the hog" pose that supposedly brought the two love birds together.

But while many media outlets weren't too happy with Phoenix's hoax, Entertainment Weekly gave him props for effectively making fun of "every celebrity engagement story there ever was."

And his rep told The Hollywood Reporter the stunts stem from the actor having "an extraordinary spontaneous sense of humor."