Why We Give To Charity 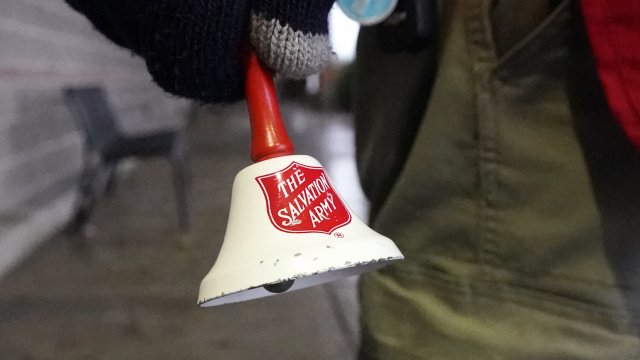 Today, hundreds of thousands of people donate their time or money to non-profit organizations every year.

Wealth is not new. And neither is charity. The act of giving has been around since some of the earliest civilizations.

Ancient Hebrews instituted a tax to help the poor around 2500 BCE.

Fast forward to 500 BCE, where the word ‘philanthropy,' which broken down in ancient Greek means phil -- for love and antro -- to love people, was first introduced.

Through the 15th and 16th centuries, things like wars and disease changed the way people lived, where they lived, and who was in a position to help.

In the U.S. — the American Revolution left behind refugees, widows, and orphans.

Society found new ways to improve the quality of human life of those less fortunate.

In the 19th century, millionaire Americans were first called to distribute their wealth for the public good by Andrew Carnegie… a Scottish American industrialist who led the expansion of the American steel industry and became one of the richest Americans in history.

In 1889, he wrote “the gospel of wealth” an article in which he criticized reckless spending by the rich.

Before dying, he gave away about 90 percent of his fortune — which equates to about $5.5 billion in present day — to charities.

Today, hundreds of thousands of people donate their time or money to non-profit organizations every year.

Even in 2020, a year of unprecedented events and challenges, charitable giving reached a record of more than $471 billion ($471.44 billion) in the U.S.

According to the Giving USA Foundation, that amount was 5% higher than the year prior.

Science shows donating or volunteering to charity can actually make you feel good.

Studies have proven that generosity stimulates dopamine, which creates a sense of pleasure and reward in your brain.

A Harvard study found that giving other people even as little as $5 can lead to increased well-being for the giver.

In the U.S. there are more than 1.5 million charitable organizations doing work to help those who need it most.

And we all have different causes that strike a chord for us.

It might be supporting animals, protecting the environment, improving education or sending supplies to another country like Ukraine during war.

For Americans, of donations made in 2020, 28% went to religious organizations while 15% went to education and 14% was for human services, according to the National Philanthropic Trust.

While people tend to give when they believe in a purpose or have a personal connection to a cause, there are times people give less.

During economic downturns, such as the great recession, more people are out of work and need to save in their own pockets.

During this time, foundations are also typically making less income and therefore have less to give to those in need.

Some people see charity as a religious or moral obligation. And it doesn’t hurt to make a little money either.

Your contribution to an organization might entitle you to a tax break.

And this year, there’s a new charitable deduction available for people who don’t itemize.