Why We Experiment On Animals 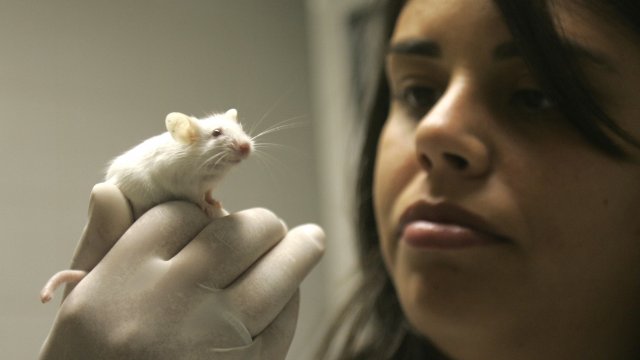 Early in the pandemic virologist Benjamin tenOever of New York University’s Langone Health Center needed a way to study how COVID-19 affects humans. He found it in animals.

By infecting hamsters with COVID-19 virus tenOever and his team discovered how nerves in our noses may explain long COVID.

The first recorded experiments on animals were probably in the third and fourth centuries BCE, by Greek thinkers Aristotle  and Erasistratus.

In the modern era, experiments with animals have been essential to biomedical science.

The history of the Nobel Prize in physiology or medicine offers proof.

Between 1901 and 2020, 222 scientists received the honor.186 of those Nobel Prize recipients relied on experiments using animals.

The very first Nobel Prize for physiology or medicine went to Emil von Behring in 1901. His experiments on guinea pigs, goats and horses led to the discovery of antibodies, a key part of our immune system.

In 1951, Max Theiler won a Nobel Prize for a yellow fever vaccine, using monkeys and mice

And in 2009 three scientists won the prize for discoveries related to how aging affects our chromosomes.

But modern animal research has always had opponents.

Organized opposition started in the nineteenth century, when surgeons in Europe and the U.S. experimented on live animals, a practice known as vivisection.

The first law regulating the treatment of live animals in research was the Cruelty to Animals Act, passed in 1876 by the British Parliament.

Since then, dozens of countries and U.S. states have passed laws banning cosmetics testing on animals or have tightened rules on using animals in experiments.

Support for animal testing appears to be dropping. In 2001, 65% of Americans said that medical testing on animals was "morally acceptable." Today that number is a little over 50%.

- reducing the number of animals used in experiments

- and refining the care of animals to minimize pain and suffering