Why We Care About The Tiger Woods-Lindsey Vonn Breakup 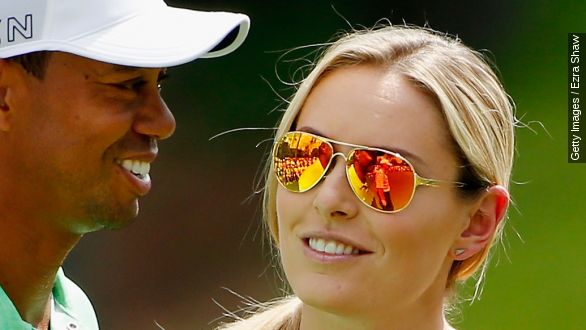 It's been a few days since golfer Tiger Woods and skier Lindsey Vonn announced they were splitting up, and the duo are still making headlines.

The two first started dating nearly three years ago and have been in the spotlight ever since. But why are we still talking about the breakup?

Well, for starters, this breakup didn't end with a golf club to a Cadillac and a Cadillac into a tree for Tiger. That's a plus.

Vonn was basically Woods' most high-profile girlfriend since his messy breakup with ex-wife Elin Nordegren in 2009.

The fact the two athletes — highly decorated in their respective sports — were dating made plenty of headlines by itself.

"I draw a lot of inspiration from him, and I think he does the same with me," Vonn said in a 2014 interview with CNN.

They were sort of like the sports version of Jay Z and Beyonce.

In separate statements released Sunday, they both cited "hectic" work schedules as a reason for their breakup. The timing of it is also important. It's high times for both in the media spotlight.

Vonn was just named an ambassador for the 2018 Winter Olympics in Pyeongchang, South Korea. At a news conference Wednesday, she actually brushed off a question about her relationship with Woods.

Woods, on the other hand, is also going face-to-face with the media due to this week's PGA Players Championship.

Woods recently admitted to reporters he's had some sleepless nights lately as this breakup comes around the same time his late-father, Earl Woods, passed away on May 3, 2006. Woods and his father were very close throughout his career.

In a game where being off mentally can have a drastic impact on your physical game, making sure Woods is in the right state of mind for The Players Championship is huge.

Still, a writer for the New York Post hinted Woods probably isn't too heartbroken over the whole breakup, suggesting the relationship was more for the publicity than anything:

"Woods' image was still (and always will be) stinging from his adultery scandal of 2009. And dating Vonn, the star skier with the good looks, instantly helped humanize him. As for Vonn, her public image and brand were never more visible than once she began dating Woods."

Regardless of his mental state post-breakup, Woods is expected to tee off in The Players Championship starting Thursday.