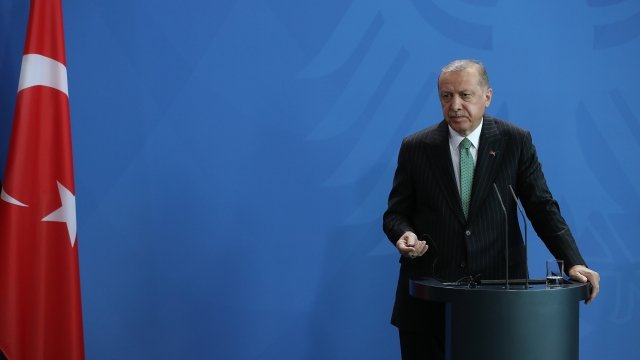 The disappearance of Jamal Khashoggi in the Saudi consulate in Istanbul has become a public relations nightmare for Saudi Arabia. But for Turkey, it's become an opportunity to champion human rights. Sort of.

Turkey's President Recep Erdogan has said he's personally "chasing" the investigation into Khashoggi's disappearance and members of his party have criticized the Saudis for dragging their feet on providing the evidence for their claim that he left the consulate alive.

Many parts of the Turkish investigation have also been leaked to the press, fueling the theory that the Saudis are lying and Khashoggi was actually killed.

Turkey prides itself on its reputation as a safe haven for exiled activists who've upset the ruling power in their homelands. Holding Saudi Arabia accountable for Khashoggi's disappearance could bolster that image. 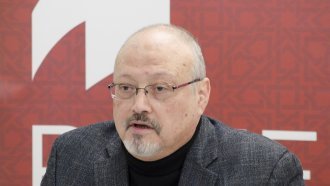 Before He Vanished, Jamal Khashoggi Challenged His Country's Leaders

Of course, Turkey has plenty of other human rights issues that make its dogged pursuit of justice in Khashoggi's case somewhat ironic.

The country is tied with Egypt in number of journalists jailed — 27. Turkey's highest court just issued a red notice with Interpol for the arrest of two more Turkish journalists living in exile.

And while Turkey just released one American citizen — Pastor Andrew Brunson — there are still two other Americans in jail. This doesn't include the tens of thousands of others who have been jailed ever since a failed coup attempt took place in 2016.

So while Turkey continues to push for more information on Khashoggi's disappearance, the country's own human rights record may leave it open to claims of hypocrisy.