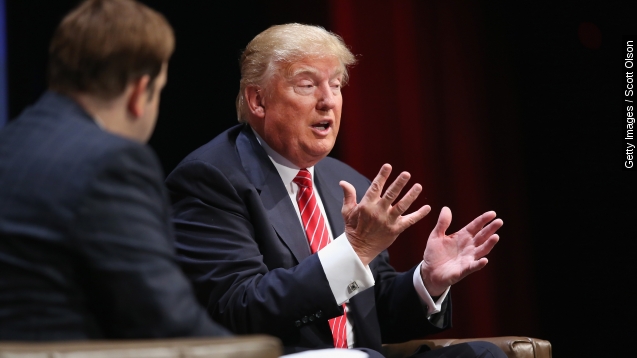 Why did the GOP field ignore Donald Trump's comments about immigration, which many considered racist, but criticize his attack on Sen. John McCain?

With those comments about Arizona Sen. John McCain, Donald Trump appears to have finally pushed the rest of the GOP field over the edge.

"Right now, he's said some very bad things about a lot of people."

Trump's attack was a response to McCain's accusation that Trump had "fired up the crazies" with his comments against Mexicans.

Those earlier comments garnered widespread condemnation, except from the GOP field.

So why break that silence now? Well, attacking McCain isn't tied to a controversial policy issue.

Even though many have labeled Trump's comments as racist, they were directly tied to immigration, a complicated issue for several of the candidates. (Video via ABC)

Two of them, Lindsay Graham and Marco Rubio were in the so-called "gang of eight" which pushed for a path to citizenship, and Jeb Bush has backed a plan to legalize the undocumented as well. (Video via PBS, ABC)

That path for citizenship is deeply unpopular with the GOP's conservative core, which is why many of the candidates avoided addressing the issue until Trump's comments. (Video via NBC)

And there's also the fact his claims about Mexicans seem to have resonated with Republicans, with Trump topping numerous polls.

Now, the attack on McCain gives the GOP candidates, and the party itself, a way to condemn Trump without touching immigration. It's so convenient, New Yorker writer Ryan Lizza has floated the theory it was all part of a plan. (Video via CBS, Bloomberg)

He tweeted: "McCain may have started this fight knowing it would push Trump over the edge. He made 'crazies' remark to me w/o any prompting."

But it remains to be seen if Trump's attack on McCain will have the same effect on GOP voters as it had on the GOP establishment.