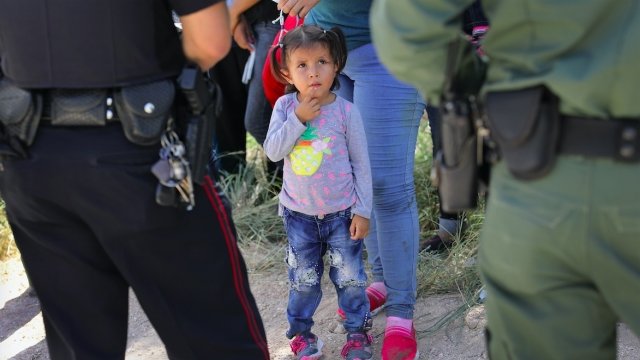 President Donald Trump has reversed course amid public outcry over the rise in family separations at the border. His new executive plan stops the practice by detaining parents and children together – indefinitely.

The plan would need to override an existing court ruling which forbids federal authorities from holding families with minors together in immigration detention for more than 20 days. The administration has repeatedly blamed that ruling and other laws enacted years ago for the family breakup controversy. 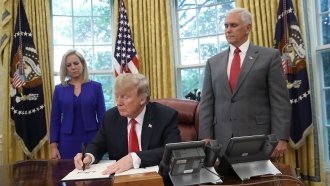 Trump Signs Order Allowing Migrant Families To Be Detained Together

"If we close the loopholes, we can keep the families together," said Homeland Security Secretary Kirstjen Nielsen at the White House press briefing on Monday.

She also called on Congress to revise two specific laws that she called "loopholes":

So what exactly are these two laws, and why is the White House so desperate to amend them?

First, the 1997 Flores Settlement Agreement. It essentially limits the amount of time Immigration and Customs Enforcement, or ICE, can detain immigrant families with children to 20 days. It's meant to diminish the potential harm to immigrant children caused by prolonged detention.

Because immigration courts take way more than 20 days to process new asylum cases, many detained families with legitimate asylum claims have, in the past, been released on parole until their day in court. But President Donald Trump is firmly against that practice, which he calls "catch and release."

The second law the White House wants to tweak is the Trafficking Victims Prevention Reauthorization Act. It was signed by President George W. Bush in 2008. It requires border officers to transfer certain unaccompanied minors to the Office of Refugee Resettlement within 72 hours. That office will shelter children for an average of 51 days before placing them with a relative or a sponsor in the U.S.

The administration argues that, taken together, these two laws not only give an incentive to migrants to bring their children along to the border, but they also forced the government's hand in separating families. We should point out that these laws do not explicitly require the administration to separate families, but that is the administration's interpretation.

Since Attorney General Jeff Session announced his zero-tolerance policy in April, parents crossing the border illegally have increasingly been prosecuted and separated from their children in the process. That has prevented the government from having to release the parents after 20 days. In the meantime, their children have been held in detention facilities.