Why Tinder Plus Costs More For Those Over 30 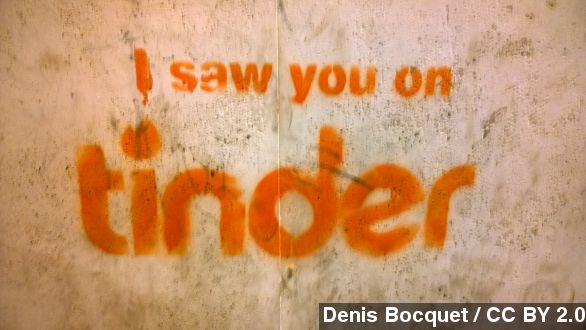 SMS
Why Tinder Plus Costs More For Those Over 30

By Jake Godin
March 3, 2015
Tinder Plus is out, and if you're older than 30 (or 28 in the U.K.), you'll pay more for the dating app's premium service than younger singles will.
SHOW TRANSCRIPT

There's good news for those who are young and lonely — Tinder, the swipe-left-or-right dating app, has launched a premium service.

For the wayward travelers, you can now change your location to match with folks in different areas. And for the indecisive, you can now "undo" any swipes you make. (Video via Tinder)

Sounds pretty straightforward, right? There's just one catch — if you're over 30 in the U.S. or 28 in the U.K., you're going to pay more. (Video via Tinder)

How much more? Double in the U.S. Almost quadruple in the U.K. (Video via Tinder)

"You know what I'm going to do? I'm going to be picky at first," Conan O'Brien said during a Tinder skit for his show.

"Yeah, I'm just going to go on a string of yeses at this point," said Dave Franco, who was also in the skit.

"I'm saying yes to Liza because that's my wife's name. I think that's very sweet that I can say yes on Tinder to someone who has the same name as the mother of my children."

But it's not ageism behind the price difference, at least not according to Tinder. A statement to Quartz says it's about economics — younger people have less money to spend, so they get a lower price.

"We don't expect everyone to use Tinder Plus; in fact, the way we priced it, it really appeals to some of our more power users."

But some think Tinder might be trying to dissuade older users from using the app. A tech venture capitalist told the BBC the move comes off as "sleazy."

The new Tinder Plus service will also allow users to dodge ads. Although they haven't been implemented into the app yet, you can probably expect to see these updates sooner rather than later now that the premium service is available.

This video includes an image from Denis Bocquet / CC BY 2.0.