Why Ticket Prices For Concerts, Sporting Events And More Have Gone Up 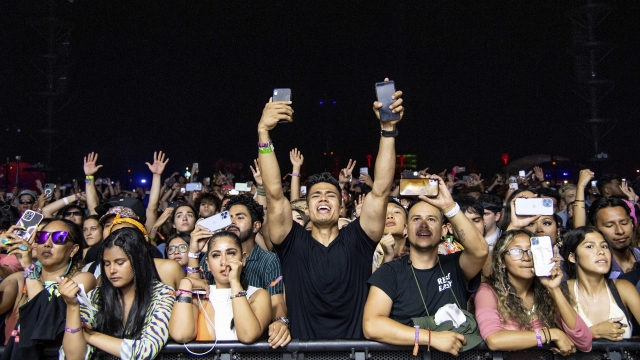 SMS
Why Ticket Prices For Concerts, Sporting Events And More Have Gone Up
By Tyler Adkisson
By Tyler Adkisson
April 28, 2022
Ticket prices have risen, and fans are spending more money than ever at leisure events.

After being stuck inside their homes for years due to the pandemic, Americans are eagerly rushing to get out.

Whether that is to concerts, sporting events or the theater — activities were expensive before the pandemic, and they haven't gotten any cheaper.

Professional sports leagues also saw huge jumps in the average price of their tickets. Major League Soccer and baseball tickets hover around $50, and NFL games are even pricier at $151 per ticket.

Many event planning companies point to overall inflation to explain cost increases. However, experts told Newsy there are more long-term factors here at play, like the role that the secondary ticket market plays.

Michael Clements, the director of financial markets and community investment at the U.S. Government Accountability Office, says there's a supply-demand imbalance with the sector.

"What we found is that oftentimes the face value of tickets are artificially low, and what that creates is a situation where the demand, the number of people that want to see the event at that price, far exceeds the supply," Clements said. "It creates an opportunity for ticket brokers to go to the primary market, purchase those tickets and then turn around to resell them. And our report noted that brokers have advantages either through use of bots or simply hiring folks to purchase tickets."

There is also the matter of service fees. According to a Government Accountability Office report, the average ticket fee was between 27 to 31%.

"Oftentimes the fees may not appear until you've entered personal information, perhaps even your payment information," Clements said. "Sometimes the consumer who might have been put off by the high fee earlier on, once they've got the item in their pocket, they've entered their credit card in, they may just go ahead and purchase a ticket."

There has been some legislative attempts to help curtail the prices of these tickets. Rep. Bill Pascrell, (D) NJ, sent a letter to the FTC in March urging the breakup of LiveNation and Ticketmaster, who control more than 80% of the market, as a means to create more competition and lower prices. He wrote that they control everything from managing the performers to owning the concert halls to "the guy who sells the hotdogs."

As for Live Nation, it says demand is driving sales, with its CEO Michael Rapino telling analysts earlier this year, "fans continue to seek the best tickets, and the ongoing rapid growth of the secondary market indicates there’s more room to grow."