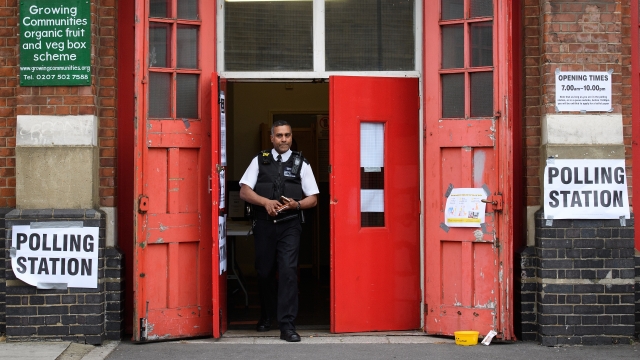 British Prime Minister Boris Johnson is struggling to get support for his Brexit plan, and he might call for an early election to get the backing he needs.

Parliamentary elections in the U.K. are supposed to happen every five years. But lawmakers can move up that timeline by calling for a snap election.

The most likely way for that to happen is by a vote in the House of Commons, and two-thirds of the members would need to approve it. The specific date of the snap election could be included in whatever bill they vote on. But if the bill doesn't include a date, Johnson could recommend an election date of his choosing to the Queen. Once a date is set, the current Parliament would end 25 working days beforehand.

If the U.K. holds a snap election, it would be the country's third election in just five years.

Former Prime Minister Theresa May called a snap election in 2017 to try to get a stronger majority, but that decision backfired. She ended up losing 13 seats, which forced her to align with another political party to get the majority she needed to govern.

In the current debate, the key date in everyone's mind is Oct. 31. That's the day the U.K. is currently set to leave the European Union.

If Johnson and the Conservatives win more seats in a snap election, that hypothetically makes Brexit negotiations easier for him. Johnson's party would need to pick up 37 seats to have a true majority in Parliament.