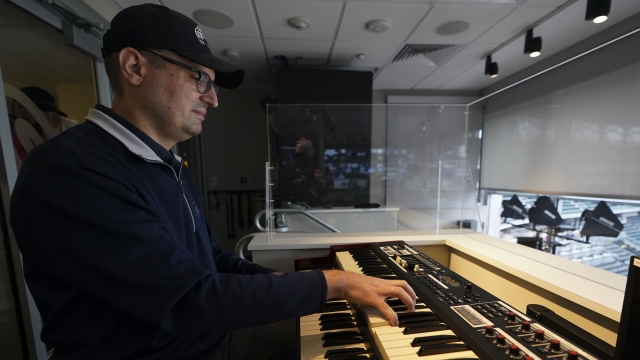 The organ is a common sound you hear at baseball games, but why and what is the significance of it?

It's the sound that signifies America's past time. The organ pairs baseball with the tones of the past and present. And it was first heard over 80 years ago at Wrigley Field on Chicago's north side.

On April 26, 1941 Ray Nelson entertained fans that showed up early with a pipe organ behind the ballpark's grandstands.

The Chicago Tribune notes that Nelson had to cut the music before the first pitch.

Ed Hartig, is a baseball historian who worked for the Cubs for over 30 years.

"The first use of the organ at Wrigley Field only was for two days and the biggest problem was the Cubs didn't have permission to play the music over the loud speakers because it would be picked up by the radio," said Hartig. "In the subsequent years they worked with ASCAP and BMI and they got permission to actually play these over the air."

Soon after, organ players popped up in stadiums all across the country from Fenway Park in Boston to Ebbets Field once home to the Brooklyn Dodgers. But why the organ?

"By the 1940's when the Cubs first had the organ they had gotten much small much more compact but still had that same sound," said Hartig.

Each ballpark organist brings their own style to that sound. As the innings and years go by, the melody of baseball is passed down to new faces.

"My name's Josh Langhoff and I'm one of the organists here at Wrigley Field," said Langhoff.

Langhoff is one of two organists responsible for carrying the legacy Ray Nelson began at the friendly confines in 1941 to longtime and new baseball fans.

"To be part of maintaining this tradition of the ballpark organ and adding my own little touches to it while keeping that tradition alive that's just fantastic," said Langhoff.

He plays everything from traditional baseball sounds to contemporary songs.

"But I also realize that there's a lot of kids and young adults coming to ball games and they wanna hear stuff that they know and that they love," said Langhoff.

"It's the sound baseball historian Ed Hartig says transcends the game with melodies that have brought fans together for decades past and decades to come.

"You get the first sound of the organ, the smell of the popcorn and you know for the next three hours that a bad day at the ballpark is still better than a good day at work," said Hartig.