Why 'The Carlton' And The 'Milly Rock' Can't Legally Be Copyrighted 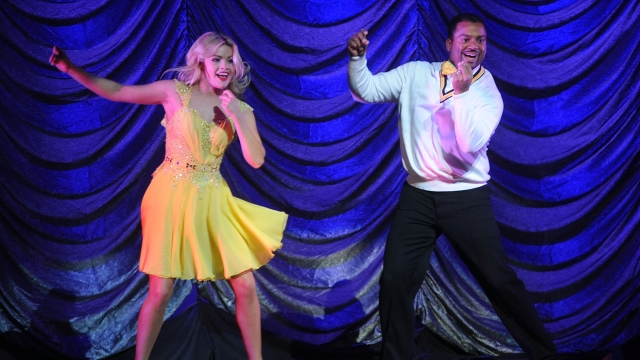 Have you seen this dance before? What about this one? These "Fortnite" dances look a lot like the iconic "Milly Rock" and "The Carlton” dance, right?

"I just feel like I have to protect what's mine," rapper 2 Milly said.

Well, the rapper 2 Milly and actor Alfonso Ribeiro, the creators of those dances, are suing video game makers for jocking their style — and more importantly, capitalizing off it. For example, "Fortnite" brought in a staggering $2.4 billion last year, largely from players making in-game purchases like these dances.

But when the video game makers responded with motions to dismiss 2 Milly and Ribeiro’s lawsuits, the U.S. Copyright Office gave the companies an edge by denying the creators rights over their dances.

So what's the Copyright Office's reasoning behind these refusals, and what exactly does that mean for other dances like "Flossing" and "Shoot"?

Newsy's Christian Bryant: "How strong is their case?"Patrice Perkins: "I think for the copyright infringement piece of it, it's going to be tough because I think that these dances all lend themselves more toward dances and not necessarily choreography."

Patrice Perkins is a copyright and IP lawyer and founding partner of Creative Genius Law.

That distinction she mentions — between a dance step and full choreography — is key to understanding why 2 Milly and Ribeiro, who played Carlton on "The Fresh Prince of Bel-Air," got denied copyright registration. The U.S. Copyright Office defines choreography as "the composition and arrangement of a related series of dance movements and patterns organized into a coherent whole."

One example of choreography that is protected are the dances from the musical "Kiss Me, Kate," seen here.

It does help that the "Milly Rock" and "The Carlton" have been captured on video and immortalized on TV. But the Copyright Office says that it "cannot register short dance routines consisting of only a few movements or steps with minor linear or spatial variations, even if a routine is novel or distinctive."

In their motion to dismiss 2 Milly's complaint, Epic Games reiterated the Copyright Office's guidance, saying that "no one can own a dance step." They go on to say that if individual dance moves were copyrighted, it would inhibit free expression.

These creatives might have a hard time registering their dances with the Copyright Office, but that doesn't mean they can't still win part of their legal disputes.

"I think that the strongest potential in this case may be the right of publicity. And that's essentially a celebrity's right to control their likeness, and so is Epic Games capitalizing off of that likeness. "

Since the popular dances showed up in "Fortnite," many have accused the company of cultural appropriation of black creatives. That's what Chance the Rapper was alluding to when he posted this tweet in 2018.

Cultural appropriation, by itself, might not be be litigated, but Perkins says there could be another purpose for that claim.

"It's a perfect example of how a lawsuit can also be used to make a statement. … Whether the court will actually rule on that or not, what will stick with people, what some people will pull out of it, is the fact that cultural appropriation is a real concern. It may not have been so much as we're looking to be compensated for this piece of it. But if we're going to follow this lawsuit, we're going to follow in a way where we get these other important issues on the table."