Why Tennis Star Eugenie Bouchard Is Suing The USTA 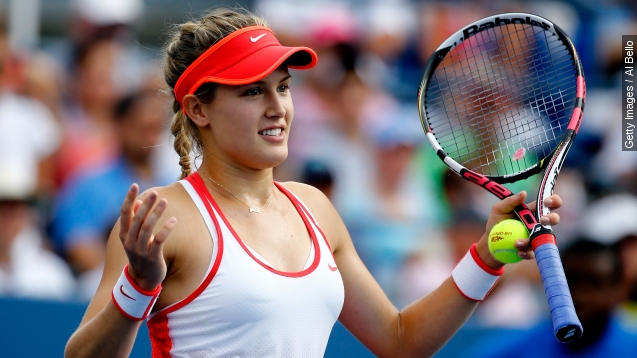 Canadian tennis star Eugenie Bouchard says she has yet to fully recover from a concussion she suffered in September after falling in a locker room during the U.S. Open.

The suit, filed at a district court in Brooklyn, New York, claims a slippery cleaning substance on the locker room floor is what caused Bouchard to fall, and the USTA was negligent in the room's upkeep. (Video via Tennis Now)

The lawsuit says Bouchard's injuries "were caused solely by the reason of carelessness, negligence, wanton and willful disregard on the part of Defendant USTA."

In 2014, then-20-year-old Bouchard had a breakout year. She reached three Grand Slam semifinals, and her world ranking rose to as high as 5th, prompting analysts to christen her the next great women's tennis star. (Video via ESPN and Flare Magazine / WTA)

Since then, though, she's been on a bit of a losing streak, seeded 25th at this year's U.S. Open. According to her lawsuit, the Canadian — who is now ranked 39th — says she expects her ranking to drop even more because of her injury.

Bouchard attempted to return to the court in early October at the China Open in Beijing but withdrew in the second set of her first-round match, citing dizziness.

Bouchard's lawyer told The New York Times they're seeking damages worth "millions and millions" of dollars. The USTA has yet to comment. (Video via ESPN)