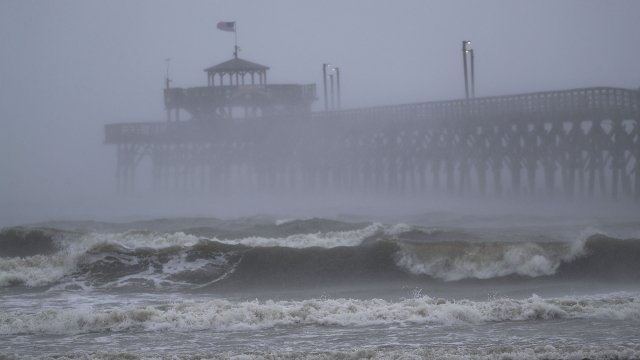 By Melissa Prax
September 15, 2018
Officials have used a similar reasoning before.
SHOW TRANSCRIPT

"We do not want to risk one South Carolina life."

That was South Carolina's Gov. Henry McMaster telling coastal residents in the state there was a mandatory evacuation. As storms or hurricanes approach, many residents have to grapple with the decision to leave or stay, but one population doesn't get a say in that decision: inmates.

Local news reports there was one prison in South Carolina's mandatory evacuation area — MacDougall Correctional Institution. The evacuation orders have since been removed for that county, but it still sparked a conversation about what happens to inmates during storms. Gov. McMaster said inmates won't be evacuated because it's "the safest place" for them to be during the storm. The state's department of corrections echoed that reasoning, and officials also used it last year. 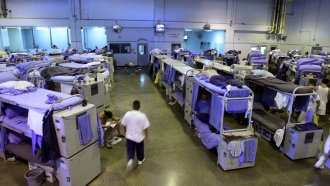 At the time, the Post and Courier reported the safety of "public, officers and inmates" are all weighed as a part of the decision and that some facilities are more equipped to handle heavy winds.

It can be a complicated judgment call. Both activists and officials are using previous storms to bolster their reasoning for whether inmates should be evacuated.

For example, activists point to an ACLU report that details experiences of prisoners trapped during Hurricane Katrina. Rising water shut down power in the Orleans Parish Prison and spread sewage.

A statement to ABC news says MacDougall Correctional Institution is "80 feet above sea level and at least 35 miles from the coast."

MacDougall has stockpiled food and medicine. But those supplies can run out depending on the severity of the storm. During Hurricane Harvey, there were food and water shortages in at least one prison in Beaumont, Texas.

It is difficult to efficiently transport and find another facility to house a large number of inmates. As for South Carolina, a spokesman for the Department of Corrections said officials will keep tabs on the situation in case an evacuation is needed.

Newsy reached out to MacDougall Correctional Institution, which didn't immediately respond to a request for comment.