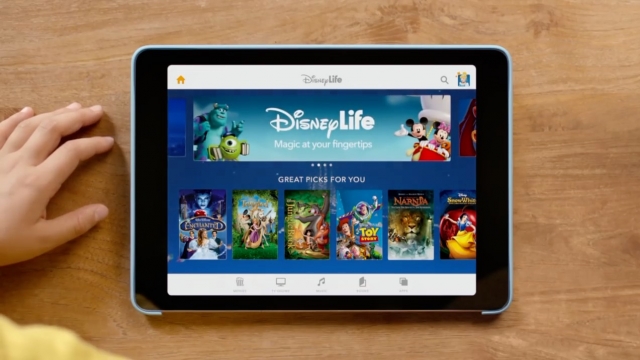 "The tombstones of companies that have come into the entertainment space ... are littered all over Los Angeles."

Streaming has forever changed the infrastructure of the entertainment industry. ["Consumers are watching more video than ever before, even as their viewing and spending on general entertainment shifts more online."]

From the majorly hyped Vessel, Samsung's Milk Video, Comcast's Watchable, Verizon's Go90 and NBCUniversal's SeeSo, "the tombstones of companies that have come into the entertainment space ... are littered all over Los Angeles," according to media strategist and Rightsline CEO Robert Delf.

Even the House of Mouse had a predecessor to Disney+.

"Introducing DisneyLife, a digital membership with access to the biggest collection of Disney movies, kids TV box sets, music and apps in one place for the first time ever."

So ... what happened to those services? What worked, what didn't and, most importantly, what can new platforms learn from past mistakes? We talked to some experts to find out.

Brett Sappington, the senior research director of Parks Associates, told Newsy that it's very difficult to monetize web and short-form content. Viewers are fickle, and it's difficult to fund "viral" web shows.

Friedrich Seifts, the principal architect of Limelight Networks, echoed Sappington's sentiment and told us: "The timing was good, but there was low tolerance for execution mistakes. ... I think a lacking combination of soft marketing, vague differentiation and negative return-on-investment on original content acquisition ultimately led to each of those services being shuttered."

Go90, once a much-hyped streaming platform with a large library of original series, is a prime example of these mistakes. The platform's brand was hard to understand, the service reportedly "overpaid for their content" and it just wasn't able to compete with services like YouTube, Netflix or Hulu.

It's hard to come back from mistakes like that, but some streaming services started off smaller, acting as tests or experiments for larger projects down the road. That's the case for DisneyLife, the Disney+ predecessor launched in 2015. It was only available in parts of Europe and gave subscribers access to a small library of movies and TV shows, as well as music and books.

Sappington told us that Disney was "able to test out their delivery and customer management systems, working out any kinks in their technology before a larger, global launch. They also gathered valuable information about customer use, content discovery, platform use, marketing and other elements important to a service's success."

Two years after the debut of DisneyLife, Disney bought BAMTech, the company that built the streaming technology for Major League Baseball and HBO.

Following that buy, Seifts says that Disney+ is "anticipated to be one of the largest global video streaming platforms to date."