The Power To Pick Senators Once Gave States National Influence 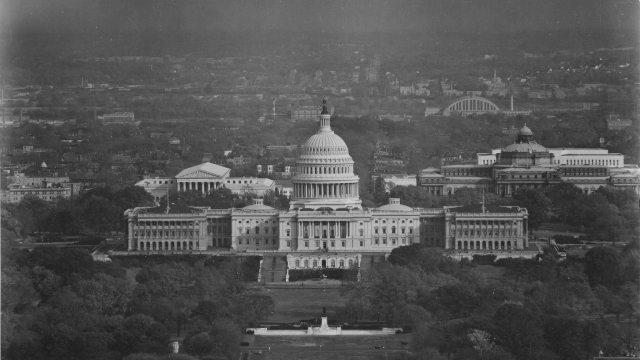 The Constitution's crafters would be surprised how U.S. senators are chosen today. It is not what they had in mind. They approved "indirect" selection by state legislatures, not "direct" election by popular vote.

At the time, a Pennsylvania delegate proposed a direct option but was easily defeated in what has been cited as one of the few "non-controversial decisions reached by the Constitutional Convention." Indirect was in demand.

The framers felt indirect selection would give state lawmakers much-needed influence over decisions made in Washington, plus free up senators from worrying about the political whims of fickle voters. The first proposal to give voters the power came early in America's history — in 1826 — but it didn't get traction. The status quo worked until the middle of the 19th century.

Then it came to a grinding halt for a few reasons:

Vacant seats: Partisan standoffs in state legislatures left Senate spots vacant (sometimes for years). There were 45 deadlocks in 20 states between 1891 and 1905.

Corruption: There were nine bribery cases related to Senate selections between 1866 and 1906. Also, political machines controlled some state bodies senators were seen as their "puppets." What came next was an intensifying push for popular elections. A constitutional amendment was proposed each year in Congress for a decade, from 1893 to 1902.

By 1912 (when it passed), 29 states already elected U.S. senators through general elections or primaries that committed state lawmakers to install the winners. Once Congress gave the OK, it needed to be ratified by three-fourths of states. That was accomplished on April 8, 1913, and the following year, all Senate elections were decided by popular vote.

This is politics, so the system still has critics. Utah's legislature passed a resolution in 2016 calling for a repeal of the amendment because the founders wanted state legislatures to have a more direct role in shaping federal policy.

Other critics of the 17th maintain that proponents in the late 19th century overstated the baked-in problems of indirect selection and ignored the benefits. In other words, the Founding Fathers tried to remove senators from the pandemonium of popular elections. Reformers tried to keep the dirty hands of party bosses from picking them.

Today, with Senate races easily topping $100 million and fringe candidates like Roy Moore and Christine O'Donnell capturing some party nominations, the 17th is getting a second look in the U.S.