Why School Principals Are Happiest Workers In The U.S. 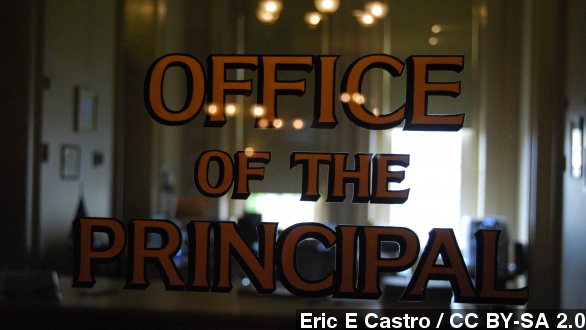 SMS
Why School Principals Are Happiest Workers In The U.S.
By Matt Moreno
By Matt Moreno
March 9, 2015
School principals topped the list of those happiest with their careers according to a ranking by CareerBliss.
SHOW TRANSCRIPT

Your perspective of the principal's office at school can vary pretty widely depending on why you're there.

As a student? You may be there for some after-school detention.

But as the principal? It might be the happiest, most wonderful place in the world.

Job site CareerBliss has ranked the 10 happiest jobs in the United States, and, believe it or not, school principals topped the list. The site used seven different factors to compile the rankings — bosses, coworkers, support, rewards, growth opportunities, corporate culture and the nature of daily work.

According to the U.S. Bureau of Labor Statistics, the median pay for a elementary, middle and high school principals was $87,760 per year — not quite millionaire money.

Forbes spoke with principal Brian Rosenbloom, whose New York City school mainly sees kids from low-income families. Rosenbloom said, "I love spending time with the kids and watching their growth, how they expand their minds and pursue great things."

And this trend isn't necessarily new. The Cheat Sheet points to a 2007 study by the National Opinion Research Center at the University of Chicago that says, "The most satisfying jobs were those involving caring for, teaching, and protecting others, as well as creative pursuits."