Why Qualcomm's $975M Fine Might Not Be All That Bad 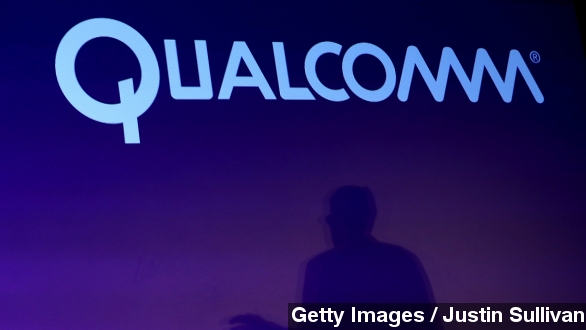 SMS
Why Qualcomm's $975M Fine Might Not Be All That Bad
By Mikah Sargent
By Mikah Sargent
February 10, 2015
Chip maker Qualcomm has agreed to pay China a $975 million fine, after the country's officials found it had violated an antitrust law.
SHOW TRANSCRIPT

After an investigation lasting a little more than a year, Qualcomm — the company that builds the brains inside many of the world’s smartphones — is set to pay a $975 million fine in China for violating an antitrust law.

Chinese authorities determined Qualcomm failed to uphold the country's anti-monopoly law. The company must also change the way it handles patent fees — which are actually where Qualcomm profits most.

The Wall Street Journal says Qualcomm will adjust how it calculates royalties, which should make it less expensive for those licensing the company's patents. (Video via Qualcomm)

But despite a fine that will “knock 58 cents a share off Qualcomm’s earnings,” the chip maker’s still full-speed ahead in the country due, in part, to the sheer magnitude of the Chinese market.

According to Bloomberg, China's investigation into Qualcomm's potential antitrust practices was costly for the company. "Some handset makers have delayed royalty payments or paid less than they owe."

With a clearly defined market — even in the face of a multi-million-dollar fine and reduced patent fees — the company stands to make more money, because with the investigation out of the way, licensees are required to pay full cost.

Still, even if the company is successful in turning a profit in China, some analysts say Qualcomm isn't in the clear just yet.

CNET quotes one analyst who says, Qualcomm has "fundamental issues that have nothing to do with China regulatory issues," pointing to the company's drooping profits and the potential loss of a very important asset.

That asset is Samsung's next Galaxy S smartphone. Samsung is rumored to have chosen its own processor over the Snapdragon processor from Qualcomm. (Video via Samsung)

Without Samsung paying for loads of Qualcomm microchips to power its popular Galaxy S line, $975 million starts to look a lot more expensive.