Why Portland Is Suing Uber 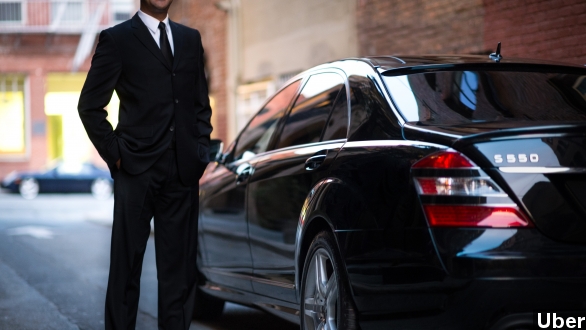 The city of Portland, Oregon is suing ride-sharing service Uber after the company launched in the city, despite laws prohibiting it.

Uber, in a continuation of its act-now-apologize-later tactics, launched its ride-sharing service in Portland, Oregon Friday.

Per the Portland Bureau of Transportation, “it is illegal for motorists to pick up passengers for a fee in the Portland city limits without proper permits.” (Video via Travel Portland)

After documenting at least five incidents in which an Uber driver accepted a ride request from a Portland official over the weekend, the city has decided to sue Uber.

GeekWire reports Uber has since responded to the city by launching a petition — one that's been signed by nearly 9000 Portlanders. It asks Mayor Hales to stand with Uber for “a safe and reliable way to move around the city.”

But Portland's complaints with Uber seem based in just that: a safe and reliable way to move around the city.

As a writer for The New York Times reports, Portland wants certain regulations in place for the safety and convenience of its residents.
“The city's cabs must pass an annual vehicle test and are subject to a fare cap. ... And 20 percent of the permitted fleet must be equipped for people who need wheelchairs.”

For what it's worth, though, Uber says its drivers receive criminal background checks, continuous reviews of driving records, and its rides are covered by $1 million of liability insurance. (Video via Uber)

So what's next for Uber and Portland? As it stands, the company is continuing its operations in the city, and Portland isn't backing down from its lawsuit.

But there is some precedent. Uber suspended its service in Nevada last month after Nevada's Supreme Court upheld an injunction against the company.

This video includes images from Uber and Steve Morgan / CC BY SA 3.0.