Why People Are Weirded Out By Touching Robot Butts 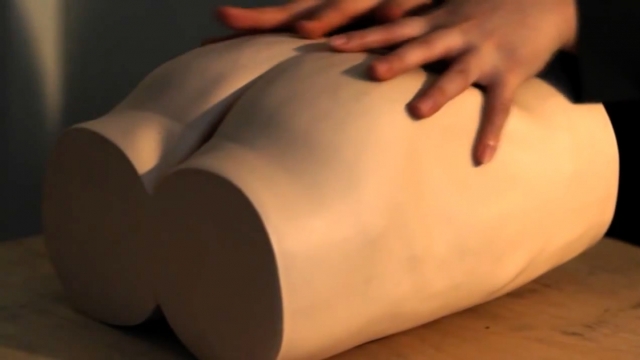 SMS
Why People Are Weirded Out By Touching Robot Butts
By Mikah Sargent
By Mikah Sargent
April 5, 2016
Things get a little awkward for humans when they're asked to touch a robot's butt.
SHOW TRANSCRIPT

Stanford University has an answer for a question you probably never thought to ask: Nope. Humans aren't too keen on touching robot butts.

Researchers wanted to learn more about the physical interaction between humans and robots, so they asked participants to follow a simple set of prompts given by a humanoid robot.

"Please touch my buttocks. ... This is the buttocks. It's referred to as the gluteal region," said the researchers' robot.

Not only did the participants hesitate to touch areas like the buttocks and eyes, they became emotionally aroused when they did — in other words, it made them anxious.

There's quite a bit of research on how human-to-human touch is used to communicate and build trust, but there's far less research on human-to-robot touch.

That lack of information is what sparks studies like this one. In fact, robots and butts have been researched before — it wasn't long ago we were introduced to Shiri, a robotic buttocks that "expresses various emotions with organic movements of the artificial muscles."

In the end, the Stanford researchers say their study suggests humans will respond similarly regardless of whether they're touching another human or a robot: "Social conventions regarding touching someone else's private parts apply to a robot's body parts as well."