Why People Are Saying Indiana Could Win Trump The Nomination 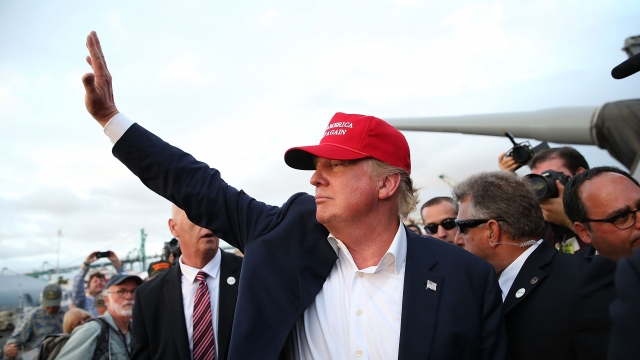 SMS
Why People Are Saying Indiana Could Win Trump The Nomination
By Kate Grumke
By Kate Grumke
May 2, 2016
Indiana's important, but California will be the real make-or-break state.
SHOW TRANSCRIPT

A lot of people are saying if Donald Trump gets the most votes in Indiana, he's pretty much won the nomination. Including Trump himself.

So here's the math behind that claim: Trump currently has 997 delegates compared to Ted Cruz's 566. Republicans need 1,237 delegates to win the nomination.

And Indiana is a winner-take-most state, so of the 57 delegates the state has to offer, Trump is expected to get as many as 54 delegates on Tuesday.

And he's polling well enough in most of the remaining states that unless there's a major upset, the nomination is probably his.

So what major upset could ruin his chances? California. The state has so many delegates (172), if Trump doesn't win it, that would probably throw the GOP into a contested convention.

But that doesn't seem likely. According to RealClearPolitics, Trump is averaging 17 points above Cruz in California.

This video includes Getty Images and clips from CNN and MSNBC.