Why Obama's Kenya Visit May Be His Most Dangerous Yet 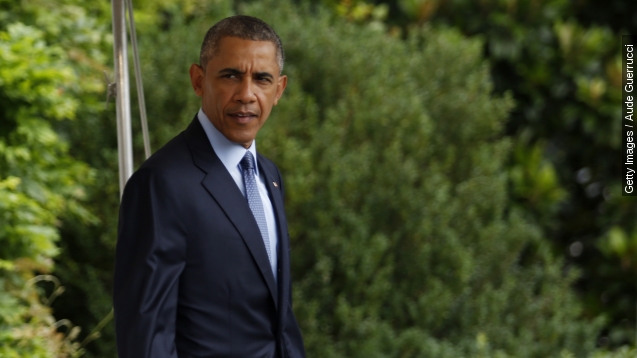 The Kenyan capital of Nairobi is preparing for President Obama's visit this weekend, and so is the Secret Service. A lot of work goes into protecting the president while he travels, but this trip could be especially tricky. (Video via Voice of America)

The State Department has warned that terrorist groups might try to make a move during the president's visit, including the infamous Al-Shabab, the group which claimed responsibility for the attack on the Westgate shopping mall that left 67 dead in 2013. (Video via CCTV)

Couple that with the news Obama's travel itinerary leaked — along with his arrival and departure times at the airport — and security analysts started dubbing this trip one of the most dangerous the president has taken.

"The main active terror group in the area, Al-Shabab, is known to have surface to air missiles," Fox News' Paul Tilsley said.

"The people that want to hurt the president have been planning for the last seven years for this trip," Jonathan Wackrow, former Secret Service agent, told CNN.

But the main threat isn't necessarily to the president himself. There's a much greater fear Al-Shabab or other terrorist groups will attack soft targets, like hospitals and schools, during Obama's visit.

There have been reports a U.S. air strike killed several of the group's leaders earlier this month. The Kenyan government has also tried to downplay the group's influence, both symbolically, by reopening the Westgate mall, and militarily in its own attacks on the group. (Video via NTV Kenya, Voice of America)

The losses likely mean the group is looking for an easy win, and an attack on a civilian target while the U.S. president is visiting would fit the bill. (Video via Channel 4)

It's fitting security will be one of Obama's main agenda items when he meets with Kenyan president Uhuru Kenyatta. The U.S. has been supplying the Kenyan military in the fight against Al-Shabab.