Why O'Reilly's Falklands War Zone Claims Are Off 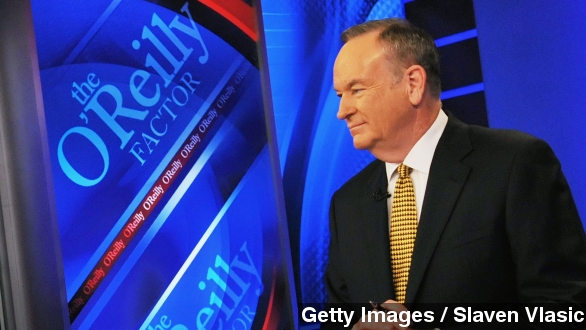 "I was in a situation in a war zone one time in Argentina," Fox News Anchor Bill O'Reilly said.

This week Fox News Anchor Bill O'Reilly has come under scrutiny for claiming in the past that he reported from a "war zone" during the Falklands war.

"Mother Jones magazine claims O'Reilly was hundreds of miles away and not near the combat," CNN reported.

To understand why O'Reilly's claim that he was "in a situation in a war zone" doesn't make sense, it's important to know a little bit about the war he was covering.

The Falklands are a group of Islands about 300 miles off of Argentina's coast. Ownership of the Islands has been disputed since the 18th century, but since 1833 the Islands have been a British overseas territory. (Video via FalklandIsVideo)

In April of 1982, Argentina invaded and occupied the Falklands, South Georgia and the South Sandwich Islands, claiming it was taking back territory that was rightfully Argentine. This started the Falklands War. (Video via TV Pública)

"For the first time for many years, British sovereign territory has been invaded by a foreign power," Margaret Thatcher said.

For 10 weeks a British naval task force fought the Argentine forces on the Island. Argentina surrendered on the 14th of June, after about 900 people were killed. Almost 650 of those casualties were Argentine.

There was a war going on, and no one is saying O'Reilly didn't cover it, but this is why his "war zone" claims don't add up.

During the conflict, the British military had a few embedded journalists with them, but no American reporters were in the conflict zone. Instead, reporters — including O'Reilly — were more than 1,000 miles away from the war zone in Buenos Aires.

The most action O'Reilly saw was when Argentines took to the streets of the capital to protest after Argentina surrendered to the U.K., but street protests don't exactly add up to a combat zone.

O'Reilly responded to the criticism during his show Friday.