Why Not To Watch The Leaked 'Batman v. Superman' Trailer 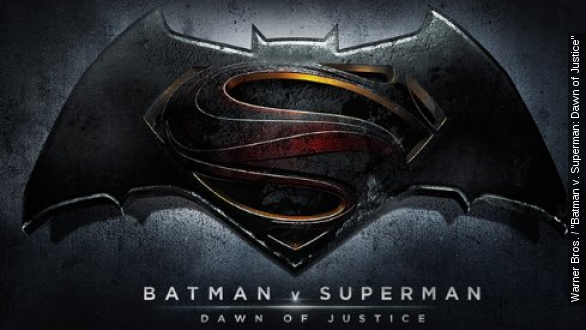 In a perfect example of Internet hype gone wrong, a low-quality version of the "Batman v. Superman: Dawn of Justice" trailer has leaked online.

People love to discuss and speculate about major franchises like this one months and even years before their release. That's great for movie studios, except when a fan gets their hands on something they aren't supposed to have.

As is the case here. The trailer is dark, shaky and even out of focus at times. So instead of people discussing the movie itself, the conversation has fallen on how bad the video looks.

This is a story we have heard over and over again. A poor-quality version of the "Game of Thrones" season five trailer leaked online, but instead of just letting it sit there, HBO got in front of the story and put out an HD version.

The same exact situation occurred for "Avengers: Age of Ultron." Marvel took it in stride, made some jokes on Twitter and released it in HD. However, they also investigated the leak and probably plan to pursue legal action if they ever find the person responsible.

If you want to see an example of what Warner Bros. missed out on because of the leak, look at the trailer for "Star Wars: The Force Awakens," which also dropped yesterday.

That teaser generated a huge amount of hype for an already strong franchise. Warner Bros. has essentially been robbed of a similar reaction for "Batman v. Superman."

Is this going to seriously damage the film? Probably not. Big superhero franchises are pretty much guaranteed to win at the box office, but the genre is getting increasingly crowded. If fans think a particular movie looks bad, they can simply get their superhero fix somewhere else.

So far, Warner Bros. has attempted to have the trailer pulled, but it will probably never entirely disappear from the Internet. An official trailer is expected to drop Monday, unless Warner Bros. decides to put it out sooner.

Update: Warner Bros. released an official version of the trailer Friday afternoon. It can be viewed here.