Why North Korea's Not Big On Trump's Libya Model For Denuclearization 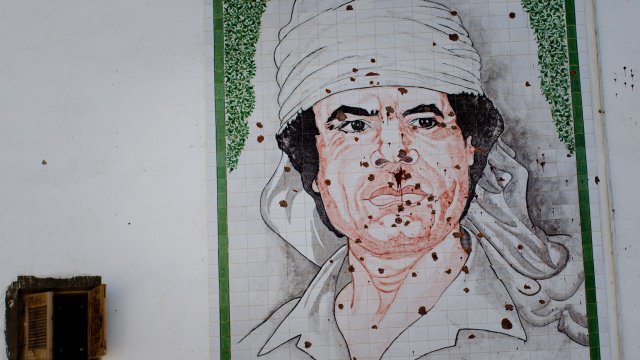 SMS
Why North Korea's Not Big On Trump's Libya Model For Denuclearization
By Jake Godin
By Jake Godin
May 24, 2018
The Libya model resulted in the gruesome death of Moammar Gadhafi.
SHOW TRANSCRIPT

In North Korea's recent statements about meeting with President Donald Trump, before Trump abruptly canceled them, one country came up a lot: Libya.

Yeah, North Korea's not a big fan of that approach. To get why, you need to understand what folks mean when they refer to the "Libya model" for denuclearization.

The history of Libya's foray into nuclear weapons began in 1969. Moammar Gadhafi had seized control of the country and, despite ratifying the Nuclear Non-Proliferation Treaty in 1975, wanted the bomb. 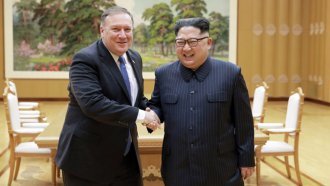 What's Next For US Diplomacy In North Korea?

Gadhafi started a secret weapons of mass destruction program but, after years of sanctions and severed diplomatic ties with the U.S., he eventually relented.

In 2003, Libya renounced its WMD program in return for getting sanctions lifted and eventually let British and American officials in to help with the destruction of its chemical and nuclear research.

Essentially, this is what everyone is referring to as "the Libya model." It's also what North Korea has an issue with. Mainly, because of this:

When the U.S. helped rebels overthrow, and eventually brutally kill, Gadhafi in 2011, North Korea was watching. Gadhafi's death was, to North Korea, also part of the Libya model and vindication in its decision to pursue a nuclear weapon.

So when Trump's team today refers to the "Libya model" for North Korea, an autocrat like Kim Jong-un's not going to be exactly comforted.