Why No Other Artist, Past Or Present, Can Top Adele's Epic US Tour 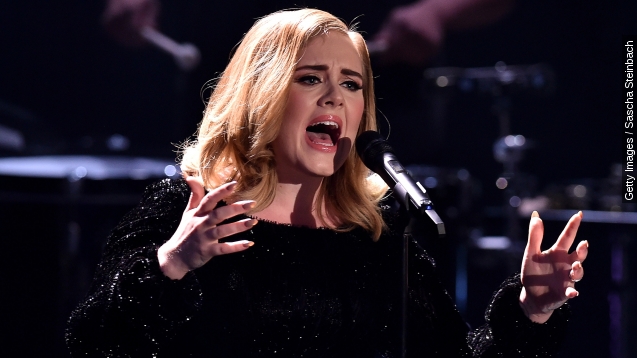 SMS
Why No Other Artist, Past Or Present, Can Top Adele's Epic US Tour
By Lexie Hammesfahr
By Lexie Hammesfahr
December 14, 2015
It's official: Adele has announced the North American leg of her 2016 tour. The Grammy award-winning artist will hit the States, Canada and Mexico.
SHOW TRANSCRIPT

Brace yourselves: Adele has announced her first North American tour in five years.

The tour will begin in July in St. Paul, Minnesota, and wind through the States and Canada before ending in Mexico City in November.

But here's what's interesting about this tour.

At every stop except for one, Adele will perform a minimum of two nights. And in LA and New York City, she'll sing for six nights each.

Six nights. That's basically an entire week of Adele. That's not even something Justin Bieber or Taylor Swift have been able to pull off.

Granted, T-Swift came close with her five performances in LA, but she didn't even perform in New York, so Adele has the one-up on that.

And with the exception of a few stops on the "Purpose" tour, Biebs only performs one night per city.

Even Beyonce and Jay Z's last tour, "On The Run," didn't give six days of performances in the same city.

Tickets go on sale Thursday at 11 a.m. EST, so cancel everything, push back that conference call and make sure your Wi-Fi is working properly because Adele is coming to town and her tickets are going fast.