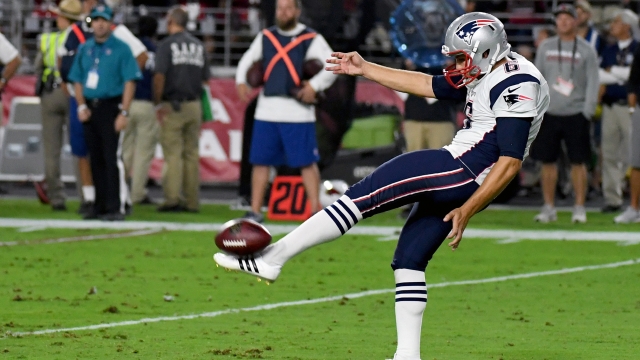 SMS
This Unspoken Football 'Rule' Should Be Broken More Often
By Carter Woodiel
By Carter Woodiel
September 24, 2016
The numbers say NFL teams should go for it more often on fourth down. So why don't they?
SHOW TRANSCRIPT

NFL coaches are chickening out on fourth down. Here's why.

See, on fourth down, NFL teams have a choice: Punt the ball to push back the other team's field position, or go for the first down knowing they'll give away the ball right where they are if they fail. And coaches tend to be really conservative when making this call.

For example, back in Week 1, the Washington Redskins had the ball at the Steelers' 40-yard line, a yard from a first down. Instead of going for it, they punted the ball to the Steelers' 13. Essentially, they gave up a chance at scoring just so they could move their opponent back a measly 27 yards.

That seems way too conservative, and there are numbers to back it up. The New York Times tracks every fourth-down play in the NFL, and it said the Redskins actually should've gone for it since it would have upped their chances of winning more than a punt would.

Despite this, NFL coaches and players stand by this sort of thing. Like this comment from Jets wide receiver Brandon Marshall when radio host Craig Carton pressed him about kicking a field goal on a key fourth down the week before.

"That's why you're on the radio and not leading the Jets as their head coach," Marshall said, laughing. "It's terrible."

He added, "If you just look at the numbers and the analytics of the situation, there's nothing that said you should go for it in that situation."

But Marshall was wrong when he said the numbers were on his side. According to The New York Times, the Jets should have gone for it.

So why do these calls keep happening? Simply put, it's the way things have always been. Coaches don't like the risk of giving the other guy an advantage, even if it means forgoing your own.

"We're gonna play field position football, gentlemen. We are going to punt the ball back and forth until our defense makes a play," said Fox Sports' Jason Whitlock.

"When you stop a team on third down, Football 101 says that they are supposed to punt the football," former NFL player Charles Woodson said on ESPN.

Charles Woodson is right. Sometimes in football it's just hard to go against conventional wisdom — even if that means leaving points on the field.