Why 'Neighbors' Will Be The First Great Summer Movie 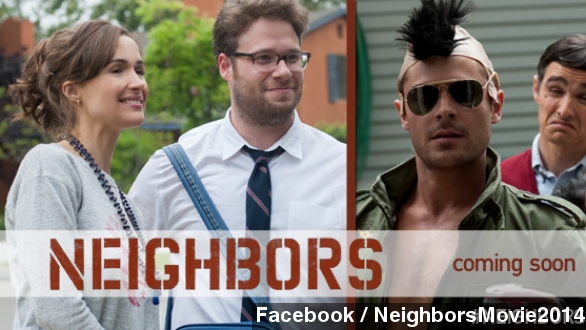 SMS
Why 'Neighbors' Will Be The First Great Summer Movie

By Lauren Zima
April 24, 2014
Seth Rogen and Zac Efron are about to deliver the first movie everyone must see this summer. Find out what makes it so awesome.
SHOW TRANSCRIPT

It's almost summer, and we can practically taste the fake movie-popcorn-butter topping on our tongues. Yes — to us, summer means movies. Big blockbuster movies, and most importantly, the summer comedy.

And that's why we're here to argue that "Neighbors" is going to be the first great movie of summer — the flick everybody's talking about and that your friends tell you you have to see. You'll see it in a crowded theater, everyone will be laughing — it will be awesome.

Now, you superhero geeks out there might point out that "The Amazing Spider-Man 2" opens just before "Neighbors," on May 2. But guess what?

"Neighbors" is proving to be perfection that no one necessarily saw coming.

Star Seth Rogen's last movie, "This Is The End," did well, but it was a bit polarizing. And before that, "The Guilt Trip" that we'd like to forget.

Director Nicholas Stoller had a winning debut with "Forgetting Sarah Marshall" in 2008. Since then he's done "The Five-Year Engagement." In a word: meh.

And former "High School Musical" star Zac Efron has been struggling to pave his way as an adult actor. Earlier this year, "That Awkward Moment" was, well, not the way to pave.

But the three are proving powerhouses in this movie, according to critics, with Efron in particular getting praise.

The Hollywood Reporter says Efron is "credibly hateful" as the head frat guy.

And Variety says Efron delivers the film's "most intriguing performance. ... ​​'Neighbors' is an unchecked riot that should go a long way toward selling antagonist Zac Efron as a credible adult actor."

Rounding out the cast is "Bridesmaids" star Rose Byrne, who's getting major acclaim as a scene stealer in "Neighbors."

Ultimately, HitFix sums it up: "Many of the modern comedies that are considered classics become part of the pop culture lexicon, endlessly quoted by fans in all sorts of different contexts. I have a strong suspicion that 'Neighbors' is going to be one of those films that is simply absorbed whole by audiences."

Absorbed whole, with a fistful of popcorn. "Neighbors" hits theaters May 9.