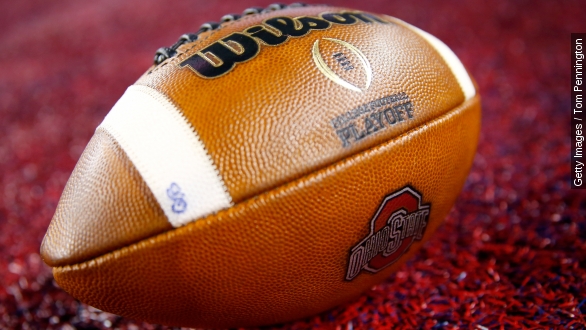 A change is coming to college football that could give conferences more power in deciding which teams play for their respective titles.

Right now, any conference looking to hold a championship game needs 12 teams. According to Dennis Dodd of CBS Sports, the NCAA is expected to pass legislation that'll relax that rule and let conferences decide who plays for the title. (Video via Saturday Down South)

One issue that arose from the current rules: Big 12 conference teams Baylor and TCU were shut out of the first ever College Football Playoff. Both teams tied for first in the conference but many thought the teams were essentially penalized because the Big 12 doesn't have a championship game. (Video via WFAA)

The legislation would "deregulate" the title games and give conferences the best chances of ensuring their top teams make it to the College Football Playoff — that's the big "get." (Video via ESPN / Fraser Davidson)

Bob Bowlsby, chairman of the new NCAA Football Oversight Committee and Big 12 commisioner, told CBS Sports, "Really, nobody cares how you determine your champion. It should be a conference-level decision." (Video via Big 12 Conference)

This rule change would immediately help the Big 12, which only has 10 teams and doesn't have a championship game. The other conference supporting the legislation is the ACC and their intentions are less clear.

The ACC already has 14 teams, two more than the requisite 12 needed to have a title game. The conference could be trying to make sure the best teams actually play in the title game, and keep 2013's FSU vs. Duke thumping from happening again.

Bowlsby added that the ACC could expand from one division to three, but they'd have to add another school to make it even across all divisions. According to Dodd, the ACC hasn't specified what it plans to do with the title game if and when the legislation passes.

The NCAA oversight committee now has to review the legislation and pass recommendations to the NCAA council for approval. Bowlsby says the changes could be enacted by the 2016 season.