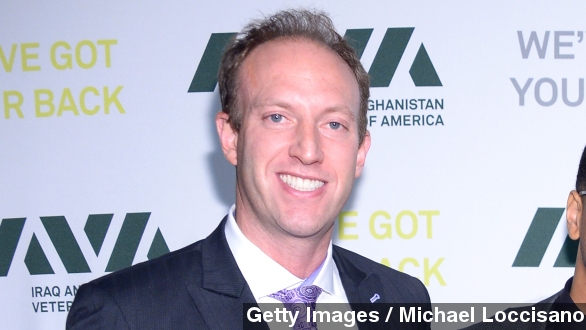 Finished before he even fully started. NBC executive and soon-to-be leader of the TODAY show Jamie Horowitz, has been let go by the network.

The Hollywood Reporter says a memo sent to staffers announced the firing, but didn't give much insight as to why the senior vice president and general manager of the TODAY show was fired.

Horowitz came to NBC after overseeing shows at ESPN and was set to help bump the TODAY show to No. 1 in ratings among morning shows. ABC's Good Morning America currently holds that title.

The memo from NBC News president Deborah Turness regarding Horowitz's firing circulating in media outlets now simply says the two decided he was not the "right fit".

But a few outlets dug deeper. According to Variety, "'Today' staffers found Horowitz’ style 'divisive,' and 'destabilizing' ... One of these people suggested Horowitz may have been viewed by show staffers as too aggressive."

Which would seem to line up with reports from the New York Daily News. One source told that outlet, "He would hold meetings and ask producers to give him the names of other producers who should be fired. Created a terrible atmosphere."

Now, the Daily News also quotes another source who seemed to be positive about Horowitz's short stint, saying he could have made a difference. Still, the Today show has seen its share of dust-ups over the past few years.

Another female host being forced out amid rumors of issues with other hosts is not what NBC wants — especially after Ann Curry's messy 2012 departure. That's the same year the Today show fell behind GMA in ratings.

Horowitz's ouster reportedly took effect Monday. NBC has not commented on the situation.