In A Way, NASA's Latest Discovery Is Special Because It's Not 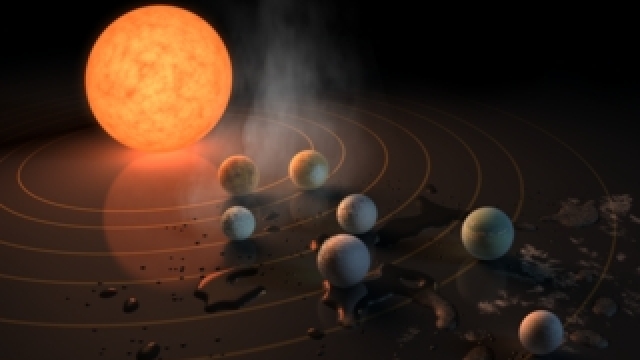 SMS
In A Way, NASA's Latest Discovery Is Special Because It's Not

By Ryan Biek
February 23, 2017
The key is the kind of star these seven newly discovered exoplanets orbit.
SHOW TRANSCRIPT

NASA's discovery of several Earth-like planets is pretty big news in the search for alien life.

"Seven planets the size of Earth, all orbiting this one distant star," an anchor for WISH said.

"One [planet] could even support life," a reporter at KLAS said.

"One expert at NASA says this is the most exciting result he's seen in 14 years. That's pretty high praise," a journalist for Fox News reported. 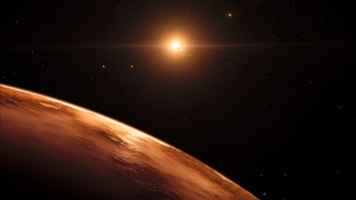 So far, astronomers have already found almost 3,500 exoplanets; those are planets orbiting stars that aren't our sun.

But what makes the seven new exoplanets exciting is the star they revolve around. In short, it's special because it's not.

TRAPPIST-1 is known as an ultra-cool dwarf star and is about a tenth the size of the sun.

Until now, we've mostly just looked for planets revolving around stars like our own. But stars like TRAPPIST-1 are a lot more common in our galaxy, and that could make planet discovery more frequent.

Scientists are trying to find as many exoplanets as possible. But it's a bit of a numbers game. The planets have to be just the right distance from their star to have a chance of supporting life.

Because ultra-cool dwarfs like TRAPPIST-1 give off less heat, planets can be closer to them and still hold liquid water.

It's possible three of the newly discovered planets have oceans on the surface. NASA has never found that many planets with a chance of life orbiting a single star before.

And after seeing TRAPPIST-1 has a number of Earth-like candidates, scientists might change their approach to where they search for life.