Why Musk's 'Nuking Mars' Idea Isn't All That Far-Fetched 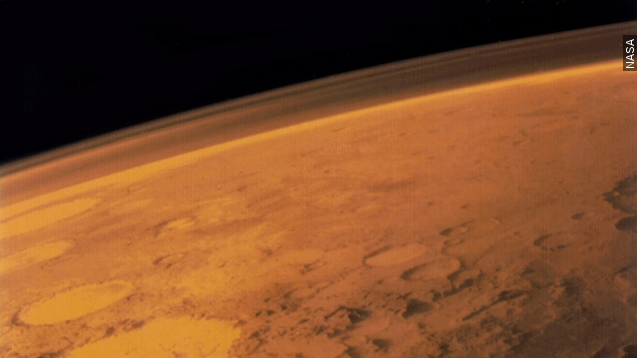 SMS
Why Musk's 'Nuking Mars' Idea Isn't All That Far-Fetched
By Evan Thomas
By Evan Thomas
September 11, 2015
Elon Musk's comment to Stephen Colbert was great for sensational headlines, but there is some science behind the idea of thermonuclear terraforming.
SHOW TRANSCRIPT

"Elon Musk Wants To Nuke Mars": It sounds like a headline generator is having a field day, but that is more or less the first step the inventor proposes in getting Mars ready for human colonization.

Colbert: "You're a supervillain." (Video via CBS / "The Late Show With Stephen Colbert")

The explosions themselves aren't going to do much to change the climate, and that doesn't seem to be Musk's idea. But thermonuclear detonations could vaporize the carbon dioxide stored in Mars' ice caps, which could in turn help jump-start the planet's greenhouse effect.

In other words, Mars needs more of this. That doesn't sound much better than nuking it, does it? But Mars' amosphere is very different from Earth's. (Video via Videoblocks)

First, there's not much of it left. It used to be thicker, but solar wind and the sun's own magnetic field are thought to have stripped it away. (Video via NASA)

Now, what remains is about 100 times thinner than the atmosphere of Earth, and 95 percent CO2.

Average temperatures are roughly equivalent to Antarctica in winter. And there are no penguins, as far as we know. To the best of our knowledge, the only things running around on Mars are the robots we send there. (Video via PBS, NASA)

Anyway, while "runaway greenhouse warming" is bad news here on Earth, it could be a good thing for a Mars terraforming project. (Video via NASA)

"Fast" here being relative. It would still take decades to get temperatures and pressures up to human-friendly levels, and probably centuries before the surface could support plants or animals or Matt Damon. (Video via 20th Century Fox)

And NASA isn't too keen on the nuclear jump-start idea. In a statement to the Los Angeles Times, it said, "We are also committed to promoting exploration of the solar system in a way that protects explored environments as they exist in their natural state." (Video via U.S. Army)