Why More Young People Are Having Strokes 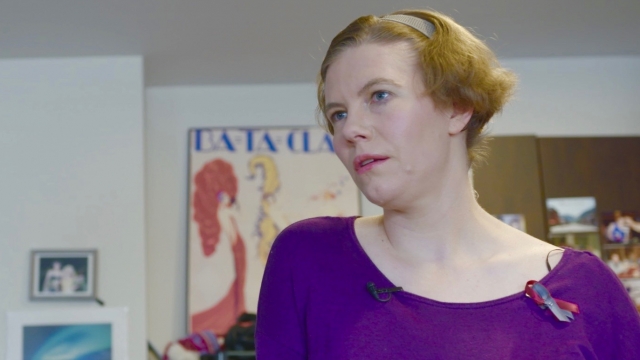 SMS
Why More Young People Are Having Strokes
By Lindsey Theis
By Lindsey Theis
May 3, 2019
The incidence of stroke has increased in young adults over the past 20 years. More patients are showing multiple risk factors.
SHOW TRANSCRIPT

Maggie Whittum's stroke occurred in December 2014, when she was studying to get her master’s in theater. Since then, she's worked tirelessly on physical, occupational and speech therapy to recover. Maggie uses a cane and has vision issues. She says she’s not the same person she was before her stroke.

"The hemorrhage started on a Sunday morning and I had a headache and I didn't feel good and I thought maybe I had the flu. I thought you know if I just get some rest I just eat well for a couple of days I'm going to be fine. Turns out, I did not have the flu," she said. "My stroke in particular was not preventable, But I think the mentality is out there for people, you know don't show any weakness don't go to the doctor. Just power through something. And stroke is not something you can get power through."

There are two different types of strokes. The most common is ischemic stroke, which occurs when a blocked artery limits blood and oxygen to the brain. Then there’s what Maggie had: a hemorrhagic stroke, caused by bleeding into the brain tissue. 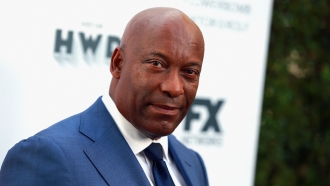 Director John Singleton Has Died At 51

"The impact of having a stroke at a younger age is much greater because those are your more productive years. So the economic impact, the social impact and financial and psychological impact is much greater," Dr. Ira Chang, a neurologist and director of neuro critical care at Swedish Medical Center told Newsy. She says while the majority of stroke patients are still older than 50, the lasting effects for stroke are the same regardless of age.

The incidence of stroke has increased in young adults over the past 20 years. A recent study found  hospitalization rates for ischemic stroke for both men and women under age 45 are up.

Chang tells Newsy she’s seeing young patients who smoke or vape, drink a lot of alcohol, have high blood pressure, high blood lipid counts, obesity problems or are taking birth control. These can contribute to the risk for both ischemic and hemorrhagic stroke — and Chang says some patients show a combination of three or more of these risk factors.

"We have definitely seen an increase in patients coming in. They're encouraged to come in much like with heart disease and heart attacks years ago because now we have an acute stroke treatment. We can give them a clot dissolving medication or if they have a hemorrhagic stroke we can give them medication to bring down their blood pressure," she says. "But these medications...they can only be given within three maybe four and a half hours. Or procedures that can be done need to be done before there's tissue damage."

Chang says there’s been some progress in the field -- for example, doctors can use telemedicine to quickly diagnose patients. With a conferencing app on her phone, she can diagnose patients in minutes at hospitals across the country. Chang also says awareness campaigns have helped patients recognize the signs of stroke: face drooping, arm weakness, or speech difficulty. 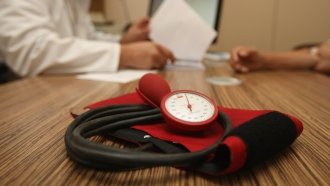 You Could Have High Blood Pressure Under These New Guidelines

As for Maggie Whittum, she’s still doing her physical therapy exercises. This year, for the first time since her stroke, she’s performed in a play. She’s working on an art show that depicts her feelings and experience surviving a stroke, and is making a documentary about it too.

"I thought everything was over. Every good part of my life was done for, forever," Whittum says. "And that's not true...I'm going to be out there. Be out there as an advocate for stroke survivors, an advocate for people with disabilities and chronic illnesses. We don't see people out there in media with disabilities and we don't celebrate them. So I want to be that person that is out there being seen, so that other people, if they have a stroke, they can see me out there and think it's gonna to be OK."