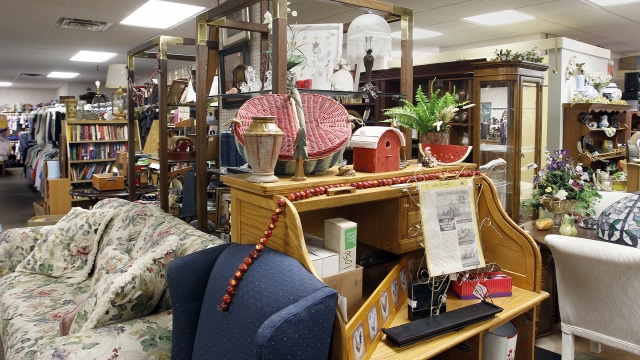 Millennials aren't as interested in getting hand-me-down items as past generations were, as lifestyles have sped up and tastes have changed.

This point in time is being called "The Great Wealth Transfer." By 2030, millennials will inherit over $68 trillion from their baby boomer parents. This is the greatest wealth transfer from generation to generation ever seen.

To be fair, millennials have had their fair share of financial hurdles that previous generations haven't faced like college debt and rising housing costs so this inheritance might be a nice little boost.

While millennials are on track to inherit a good chunk of change, one thing they aren't as interested in inheriting is family heirlooms.

As lifestyles have sped up and tastes have changed, there's a growing supply of unclaimed heirlooms, like fine China and old furniture. People started collecting these things after World War II. They were seen as status symbols when veterans and their families moved to the suburbs and started to live out their American dreams.

People got married younger back then, and these items were given as wedding gifts and meant to be passed down to future generations.

However, no one ever asked these future generations if they wanted any of these treasured items.

Today, many millennials are living in smaller spaces than past generations. One survey found that the average millennial home buyer considered a 1,700 square-foot home to be sufficient space, while boomers wanted homes closer to 1,900 square feet. This was after boomers sold larger homes as a way of downsizing.

The survey also found that millennials are more interested in minimalism and prioritize walkability when looking for a place to live, meaning they're choosing denser areas, like cities, that often have smaller homes and smaller lots.

Millennials Are Buying Homes In Much Tougher Market Than Their Parents

Millennials make up the largest market of home buyers, but they have much harder circumstances in getting there than other generations have had.

More Millennials are also renters, meaning they move more often and live more mobile lifestyles, so they're not looking to collect things they don't see as a necessity.

Instead of hand-me-down furniture, today's generation has been coined the "IKEA Generation." IKEA furniture is known to be more affordable and seen as temporary.

Research also shows millennials would rather spend money on travel and experiences instead of objects. They might get around to getting nicer furniture a little later in life when they reach big milestones like marriage, finishing grad school, or having their first child. But even when they do, they're opting for things that are modern and new, not reupholstering the decades-old family couch.

Instead of millennials taking some of these family heirlooms, much of those items go to consignment shops and donation centers. In recent years, these have reported being overrun with furniture. In 2017, Goodwill of Greater Washington reported they had 20% more donations of everything than in previous years.