Why Measles Outbreaks Still Happen, Even With A Vaccine 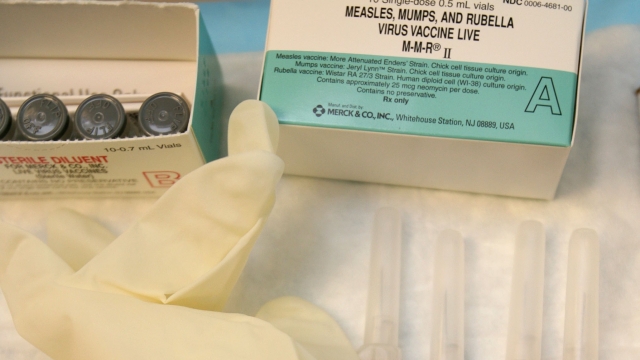 SMS
Why Measles Outbreaks Still Happen, Even With A Vaccine
By Lindsey Theis
By Lindsey Theis
February 5, 2019
Already in 2019 there are nearly 50 measles cases in Washington and 79 other cases across 10 states. What makes the illness so easily spreadable?
SHOW TRANSCRIPT

Since the start of 2019, Washington state has seen 50 confirmed cases of measles. The rest of the U.S. has similar trouble: 79 other cases have been confirmed across 10 states.

"Measles has a mortality of 1 to 3 people per thousand who are infected with it. So it's a serious disease. It can also cause brain injury in the form of inflammation in the brain and spinal cord called encephalomyelitis which if it's not fatal can cause permanent neurological disability," Dr. Chris Anderson, the Pediatric Clinical Education Director at WSU College of Medicine told Newsy.

Officials consider three or more cases an outbreak. Besides Washington, officials say two other outbreaks are underway in New York. The CDC says all of these outbreaks started when people traveled internationally and brought measles back from outbreaks in other countries.

CDC officials also say measles cases are gaining traction because of the anti-vaccination movement. In New York City, for example, nearly all newly confirmed cases are members of the Orthodox Jewish community — which city health officials say has faced misinformation about vaccine safety.

The lack of vaccination is especially risky when it comes to measles. The CDC says the virus is so contagious that if one person has it, 90% of the people close to that person who are not already immune will also become infected.

On the flip side, the CDC says proper vaccination will prevent measles in 97 percent of cases.

"In my clinical practice, I have spent many hours conversing with parents who still have these strong feelings against the measles vaccine and vaccination in general," Dr. Anderson told Newsy.

"The vaccines are safe, they work, they work great and I think it’s one of the most important things you can really do for your child,” says Dr. Meredith Plant, a pediatrician at University South Florida Health.