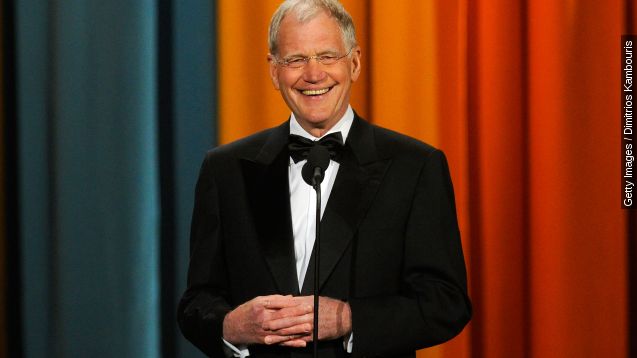 We're all a little anxious about losing the top 10 list, but Letterman also takes with him something much simpler: the old formula of late night TV.

After three decades as a staple of late night television, David Letterman is calling it quits.

And while we’re all a little anxious about losing the top 10 list, Letterman also potentially takes with him something much simpler: the old formula of late night TV.

In a day and age where going on a late night talk show could mean stripping to your underwear or participating in very intense lip sync battles, David Letterman is still relying on the late night TV formula. Since the 1950s, that formula has been part monologue, part recurring bit and part interview.

The legend of late night, Johnny Carson, created and perfected this years ago on his way to making "The Tonight Show" the most profitable show on television.

But now, hosts like Jimmy Fallon, James Corden and Jimmy Kimmel have really made it more of a variety hour.

Taking over for Letterman is Stephen Colbert, formerly of Comedy Central's "The Colbert Report" and one of many comics to find greater success after working with Jon Stewart on "The Daily Show."

And while we don't know what Colbert will bring to Letterman's hallowed spot in late night TV, we do know this: the lip-sync battles, history of rap and mom dancing seems to be working for Jimmy Fallon — who took over "The Tonight Show" from another late night veteran, Jay Leno.

Since Jimmy Fallon took over "The Tonight Show" back in February of 2014, he's been the ratings leader in his time-slot. It wasn't until Letterman's farewell tour that the "Late Show" jumped back into the top spot.