India Is Revoking Kashmir's Special Status. Here's Why It Matters 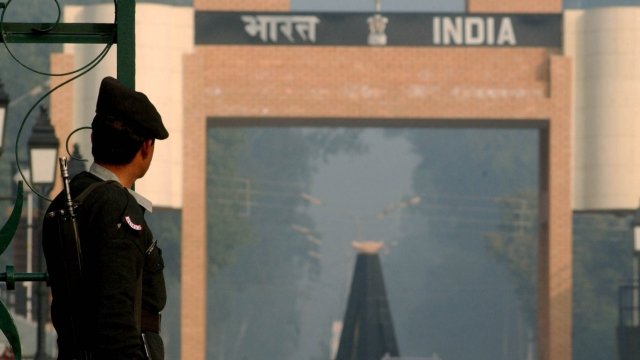 SMS
India Is Revoking Kashmir's Special Status. Here's Why It Matters
By LeeAnne Lowry
By LeeAnne Lowry
August 7, 2019
Pakistan is concerned about the implications of a Hindu nationalist government having so much control over the Muslim-majority region.
SHOW TRANSCRIPT

Indian lawmakers passed a bill on Tuesday to give India more control over the disputed border region of Kashmir, and it's led to major uproar.

Kashmir's been a touchy subject for both India and Pakistan since the 1940s. Both countries claim the land is theirs, a lengthy dispute that's dragged both nations into three wars. The first war ended with the creation of a cease-fire line dividing the region into two administrative divisions — one for Pakistan and one for India.

Kashmir has had autonomous rule for the last seven decades, thanks to a provision in India's constitution known as Article 370. That special status gave the region the right to make its own laws except in certain matters — such as foreign affairs, defense and finance. The new bill revokes those rights.

On top of that, the Indian government deployed thousands of troops to the region over the weekend, evacuated tourists from the area and suspended internet service. A spokesperson said on Wednesday that the    Office is "deeply concerned" that the latest restrictions will make the human rights situation in the region worse.

Spokesperson Rupert Colville said, "These restrictions will prevent the people of Indian administered Kashmir and their elected representatives from participating fully in democratic debate about the future status of Jammu and Kashmir."

Human rights activists say India made the change because Kashmir previously had laws that stopped non-Kashmiris from owning property. Indian Prime Minister Narendra Modi is a Hindu nationalist, and activists say now more Hindus can move in and drown out the Muslim-majority demographic.