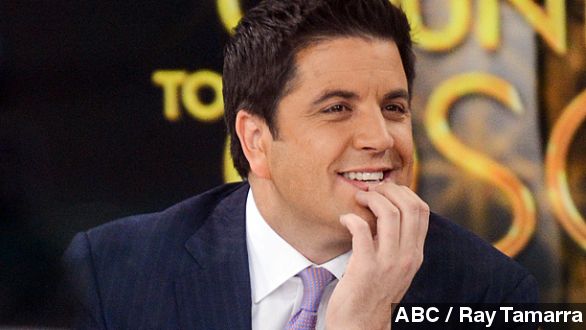 "Good Morning America" anchor Josh Elliott made a sudden exit from the ABC morning show to get back to his sports roots.

​"The GMA news reader is hooking up with NBC Sports. He will work Sunday Night Football and the Olympics and horseracing and more. He originally came from ESPN so, you know, it's kind of familiar to him." (Via News 12 Long Island)

Entertainment Weekly got ahold of the email ABC News President Ben Sherwood sent to employees Sunday, "Josh Elliott let us know today that he is going to NBC Sports. As many of you know, we have been negotiating with Josh these past several months... In the end, Josh felt he deserved a different deal and so he chose a new path."

New York Daily News reports Elliott, who joined GMA in 2011, wanted $10 million a year, but ABC would only offer him $5 million to stick around.

CNN Money points out there could be more to the story. ​"The move has raised immediate questions about whether Elliott is now in line to take over "GMA's" main rival, the "Today" show. Officially, no he's not... But behind the scenes, top NBC executives are eager to see him on "Today," even though that won't -- and can't -- happen right away." (Via CNN Money)

This morning, "Good Morning America" announced which familiar face will be taking Elliott's spot at the anchor desk.

"I'm going to smile over right now at Amy Robach. We are celebrating her promotion this morning. That's going to be your chair, you're the lead news anchor right here on GMA." (Via ABC)

Robach was previously a correspondent, but she was a frequent fixture on the morning show when GMA anchor Robin Roberts was receiving treatment for a rare blood and bone marrow disorder from August 2012 to February 2013.