Why John Brennan Had (And Lost) His Security Clearance 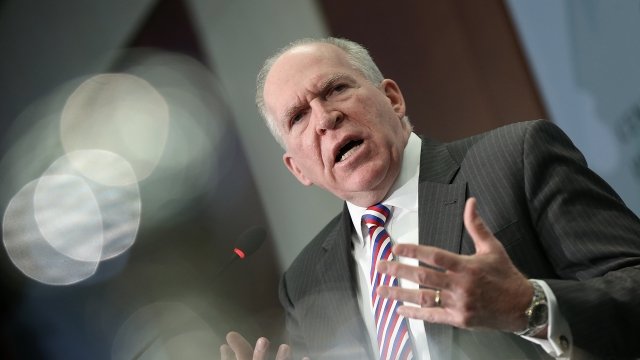 President Donald Trump on Wednesday followed through on his threat to revoke the security clearance of former CIA Director John Brennan.

Reading a statement from Trump to reporters in the White House briefing room on Wednesday, White House Press Secretary Sarah Sanders said, "Any benefits that senior officials might glean from conversations with Mr. Brennan are now outweighed by the risks posed by his erratic conduct and behavior."

The announcement comes just weeks after Trump warned six former intelligence officials who have been publicly critical of his administration that he was considering revoking their clearances.

"Mr. Brennan's security clearance raises larger questions about the practice of former officials maintaining access to our nation's most sensitive secrets long after their time in government has ended," Sanders said. "Such access is particularly inappropriate when former officials have transitioned into highly partisan positions and seek to use real or perceived access to sensitive information to validate their political attacks." 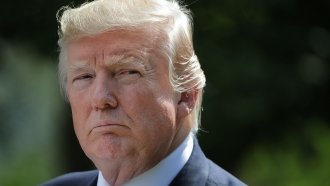 Nearly 4.1 million people have security clearances, according to the Office of the Director of National Intelligence. Most will lose their access to top-secret information once they leave government service.

But experts say many former high-ranking intelligence officials do maintain some level of security clearance after leaving the government, partly so they can advise their successors on classified matters.

"It's true that if there's a specific issue, you might have former secretaries of defense collaborating with current secretaries of defense or former national security advisers advising a current one, even if you also know there's political feuding going on between those people and President Trump," said Michael O'Hanlon, a senior fellow in foreign policy at the Brookings Institution. O'Hanlon previously served on a government advisory board and had a security clearance at that time.

Some former high-ranking government employees can even ask for and receive security briefings on classified matters that can be especially helpful when dealing with ongoing national security issues of a previous presidency.

"So if we're trying to negotiate something about North Korea or Iran or some very sensitive national security issue, and the negotiation had begun under the previous presidency, you would want to be able to pick up the phone and call that person and find out what they know and what happened back in that previous period, how that may be shaping the conditions we now face," O'Hanlon said.

The idea of revoking the security clearances was first raised by Republican Sen. Rand Paul. Paul argues ex-intel officials should not be able monetize their security clearances by using them as leverage to get paid speaking gigs and media contracts.

In an op-ed for the New York Times, Brennan said Trump's decision to revoke his security clearance was a "politically motivated" attempt to "scare into silence others who might dare to challenge him."