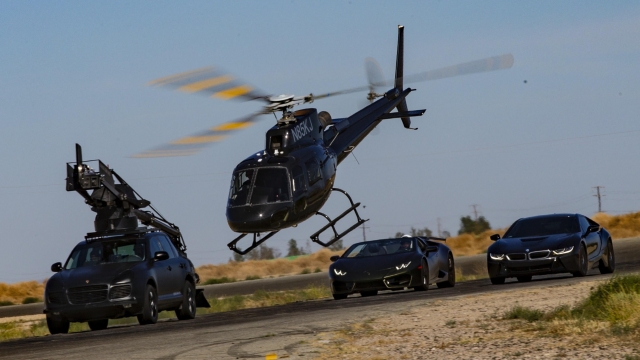 SMS
Why Isn't There An Oscar Category For Stunts?
By Casey Mendoza
By Casey Mendoza
February 5, 2020
"All the different award ceremonies, they're starting to recognize us, you know, stuntmen and -women, for the work that they do."
SHOW TRANSCRIPT

["I love that stuff. You know the killing?" "Lotta killing."]

Stunt coordination is one of the most essential aspects of filmmaking today. It was necessary for this moment from "Dunkirk", this clip from "Black Panther" and even more scenes from "Once Upon A Time In Hollywood" — which, coincidentally, is a movie about a stuntman.

So, why isn't there an Oscar category for stunts?

"All the different award ceremonies, they're starting to recognize us, you know, stuntmen and -women, for the work that they do. It's just the Oscars themselves. ... They are very slow to change anything."

"I was very pleased and honored to get that. I wasn't expecting it at all, because motion picture pilots, stunt people rarely get any recognition for what they do. ... These people are kind of unsung heroes. Unless you're in the business, you don't know who the great ones are, like Michelle Yeoh or Wendy Leech. Unless you're a stunt person, you may not even know their name, who they are."

For stunt people, recognition is more industry-focused than mainstream. Beyond the Satellite Awards, there are two Creative Arts Emmys for stunt coordination, a "Stunts Ensemble" honor at the Screen Actors Guild Awards and the Taurus World Stunt Awards — a ceremony entirely dedicated to the craft.

For the Oscars, stunt people have actually been campaigning for an annual stunt coordination award for almost 30 years. Some say it's because there aren't enough stunt people in the Academy to create the award, while others, like Stafford, argue that the Academy is just slow to change.

A reporter from Vulture even suggested, "It may well be that many key members of the Academy still subscribe to an old way of thinking — one that sees stunts not as art or a science but as a kind of infrastructural necessity."

Whether or not that sentiment pervades the industry, Stafford argues stunt people are still a necessity that should be recognized.

"They risk their life and limb to make the star look good. And most people go to see a movie, they think the actors are doing that when it's really just stunt people. ... We should really honor these people for the business they bring to the box office."