Why ISIS Gets More Attention Than Syria's Assad 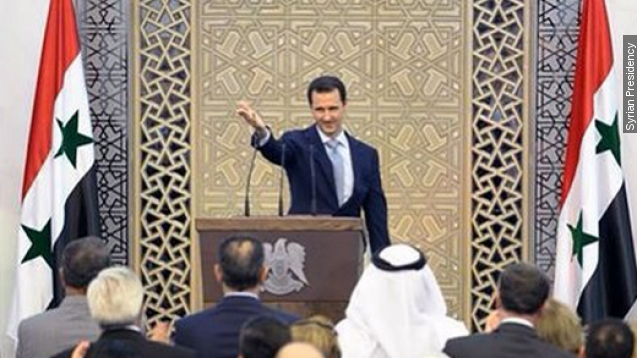 If ISIS massacred 100 civilians in a single day, you'd have heard about it.

But this time, the Syrian regime was responsible for the carnage. And so, the story apparently wasn't all that newsworthy. (Video via SRG)

On Sunday, a series of bombings struck a marketplace in the rebel-held town of Douma — killing about 100 civilians, according to the U.S. State Department. Hundreds more were injured. It was a bloodbath. (Video via Syrian Civil Defense)

The strike was one of many recent attacks on neighborhoods near the capital of Damascus. And perhaps that’s why it was overlooked.

There are plenty of reasons why the Syrian conflict gets less coverage than other Middle East storylines — not the least of which is reporting on the ground in Syria is notoriously difficult. (Video via Aleppo Media Centre)

But a big reason has to be that audiences are war fatigued. It's been four years of this: grainy YouTube videos, showing what seems like the same airstrike in the same neighborhood — over and over again. (Video via Shaam News Network)

ISIS, by contrast, is actively trying to get our attention — each highly produced propaganda video more barbaric than the last.

And each getting TV coverage for days. (Video via CNN, NBC, ABC, and CBS)