Why Is There Concern About Common Food Additives? 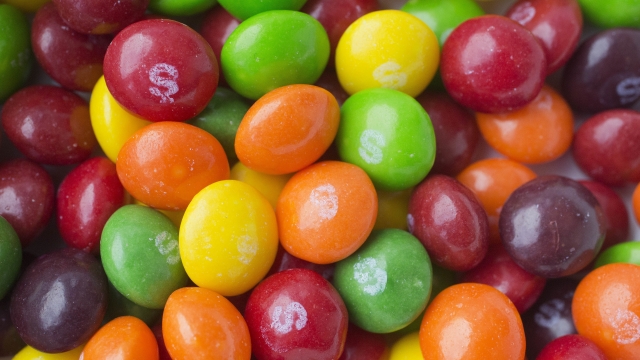 Some countries have banned certain food additives, but why and how can it affect your health?

We all deserve the finer things in life sometimes. Let's start with a sparkling aperitif, fine fresh bread and rolls on the side.

No vegans are coming, so animal products are a-ok. The pastry chef's specialty is fine pie and for dessert, a fruit cup. But before we dig in, shouldn't we know what we're eating? What are the risks of these chemicals and why do countries regulate them differently?

Red 40 dye is found in countless candies in the U.S., but it is among the food dyes that require warning labels in Europe. The European Food Safety Authority pointed to a 2007 study that found a mixture included in the dye increased hyperactivity in kids. The Food and Drug Administration said certain children may be sensitive to dyes like Red 40, and that parents can use ingredient labels to choose foods with fewer color additives.

Drink makers use bromated vegetable oil, or BVO to improve the appearance of soft drinks. It's allowed in the U.S. in tiny amounts, no more than 15 parts in a million. But it's banned in many countries, including in the European Union and Japan.

The additive is allowed in the U.S., though in May the FDA published a study that found rats fed a small dose of BVO had accumulated high levels of bromine. That chemical may cause harm to the thyroid, the agency said, and is doing follow-up studies. Then there's titanium dioxide, a whitener found in candy, salad dressings and dairy products.

Last year the European Food Safety Authority concluded the chemical, "can no longer be considered safe as a food additive."

The scientists did not identify a clear or immediate health concern. But they raised the risk of tiny particles of titanium dioxide harming human DNA, a risk known as genotoxicity. So, in January the European Commission banned the additive.

The American Burger Of The Future Might Be Made With Mushrooms

Corporate cafeterias, fast food restaurants and some schools have looked to mushroom-infused beef as a healthier, cheaper option to standard beef.

Food manufacturers switched to alternatives, including a whitener called an avalanche made of calcium carbonate, a harmless mineral. American, British and Canadian food regulators say titanium dioxide is safe in tiny doses. The U.S. limits the chemical in food to 1% by weight. Canadian government scientists say there are no studies that show genotoxicity in animals fed titanium dioxide.

In 2016, Mars – which makes candies like M&Ms and Skittles – committed to removing all artificial colors from its products.

But titanium dioxide and other color additives remain in skittles and other mars candies sold in the U.S.

Mars says it will "prioritize our efforts to remove artificial colors in Europe — where consumers have expressed this preference — but will not be removing all artificial colors from our Mars Wrigley portfolio in other markets."

That prompted a California man to sue Mars in July, alleging that the candy poses "a significant health risk."

The case of titanium dioxide illustrates a key philosophical difference between how European and American food regulators think about risk, experts say.

Ultimately, it's the labels that inform you on what you're eating, but it's up to you to decide what ends up on your plate.