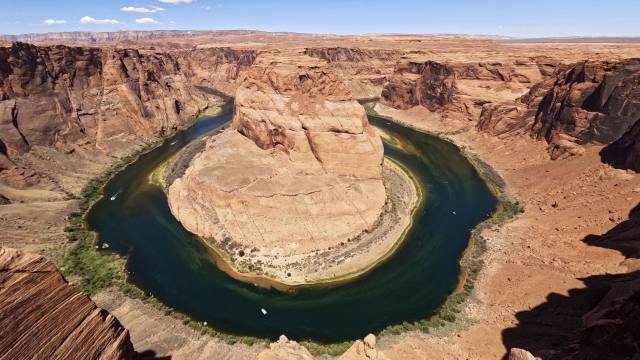 The Colorado River is vanishing before our eyes.

The nation's two largest reservoirs are at dangerously low levels.

This was one of them, Lake Mead, In 2001 and then in 2015. In just fourteen years, the lake dropped 143 feet and fires are devastating forests and homes from Oregon to Arizona.

2022 has been a year of drought, but officials say the west has actually been in a megadrought since the year 2000.

Why is it so dry out west? Should we blame climate change? And most importantly for the 79 million Americans that live in the U.S. West: Is this the new normal?

Scientists have answered these questions by studying the silent witnesses to climate's annual fluctuations in trees.

Ancient trees have revealed that the West has suffered periods of drought for centuries, long before giant dams or human-caused climate change.

But in February scientists wrote a paper in the journal Nature Climate Change putting the ongoing megadrought in historical perspective. 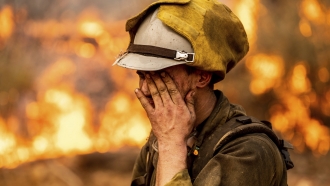 They found drought conditions in the west haven't been this severe in at least 1200 years.

One driver of this megadrought is high temperatures. The blue line indicates the average temperature since 1895.

Meanwhile, since 2000, the west has had mostly low precipitation. Notably, there's a shortage of snow. Snowpack is more valuable than rain, say scientists, since it moistens soils for months into the summer as it steadily melts.

Robert Davies is an associate professor at Utah State University.

"The snowpack is definitely declining over the last 40 years, particularly in the lower and mid elevations," said Davies.

There's another factor, what scientists call vapor pressure deficit, or more simply, dry air.  Over the last 22 years, the dry air has grown thirstier and thirstier, sucking moisture right out of the ground.

As the drought has worsened, municipalities have desperately tapped their wells for water, but that's putting the system at severe risk. For example, in California's Central Valley, government data shows that groundwater is getting deeper and deeper to access.

So how much of the blame can we pin on climate change? For the Nature paper, the scientists did two experiments using 29 climate models. In one they measured how a warming planet had exacerbated the megadrought. On the other, they simulated what soil moisture would be like if climate change had never happened. The warming planet, they found, made the drought worse by 19%.

A few years of better snow and rain could break the western megadrought, the report says. But its authors expect the U.S. west's climate to become more and more arid.

In the report it says the "increasingly dry baseline state" makes "future megadroughts increasingly likely" which will change the west for generations to come.