Why Is Russia Going To The Moon? 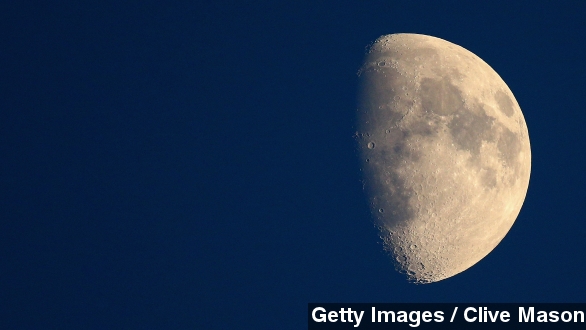 SMS
Why Is Russia Going To The Moon?

By Christian Bryant
September 23, 2014
Russian officials confirmed plans for a lunar expedition, but what do they plan to do once they get there?
SHOW TRANSCRIPT

Russian officials confirmed Tuesday they plan to put Russians on the moon, with a lunar expedition beginning "at the end of the next decade."

This is the most definitive news yet about the Russian-men-on-the-moon project, which has been discussed for at least the past two years. Rogozin was quoted earlier this year as saying, "We are going to the moon forever."

But isn't that celestial body kinda "been there, done that"?

Yes, but Russia's lunar exploration mission could be a stepping stone to something bigger. RT quoted a leaked document from Russia's Federal Space Agency back in May which read, "In [the] XXI century there might be a geopolitical competition for lunar natural resources."

Our guess is the document is talking about regolith, the powdery substance on the moon's surface. This week, we reported on SpaceX sending the first 3-D printer into space with the ambitious goal of eventually printing materials using regolith.

With that kind of capability, space programs could start basing their construction actually in space, meaning new equipment wouldn't have to be rocketed up from Earth.

SUMI DAS FOR CNET: "Regolith ... that covers the moon could hold the key."

MICHAEL SNYDER: "Imagine you could just go up to the moon and build your habitat."

According to ITAR-TASS, Russia says it wants to begin colonizing the moon by the 2030s. The first stage of their plan — to send a scouting rover — could take place as early as 2016.