Why Is President Obama Now Tweeting From @POTUS? 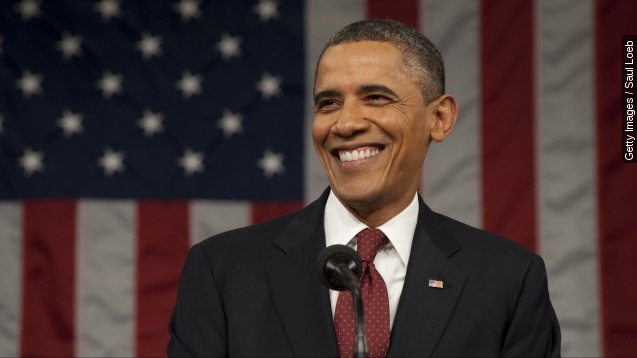 President Barack Obama says he is now running his own Twitter account, @POTUS, but how different will it be from his other handles?

Monday, he sent out his first tweet from the @POTUS twitter handle saying, "They're finally giving me my own account." But why is this "finally" happening now?

A White House press release said, "@POTUS will give Americans a new venue to engage on the issues that matter most to them."

We should note that it's not like Obama didn't already have a presence on Twitter. There is the White House account, which basically covers operations of the institution itself.

There's also @BarackObama, which is a retooled handle from his campaign for office and run by his staff. That account focuses on what the president is doing and promotes his policies.  (Video via The White House)

But it seems like Obama wants his new account to be more personal. The description reads, "Dad, husband and 44th President of the United States," and the cover photo is of the first family crossing the Edmund Pettus Bridge during the anniversary of the civil rights march in Selma, Alabama.

Now, whether this means Obama will actually be more engaged with the public remains to be seen.

Most heads of state of United Nations countries are on Twitter, but a recent study from communications firm Burson-Marsteller found very few of those world leaders are actually tweeting.

And there are even fewer who actually respond to their followers, with notable exceptions like Rwandan President Paul Kagame and Norwegian Prime Minister Erna Solberg.

Obama has already shown a willingness to engage with the public online. He participated in a Reddit "Ask Me Anything" in 2012, answering questions about his policies and personal life.

@BarackObama was already the most followed Twitter account for a world leader by a healthy margin with about 60 million followers.

This video includes images from Getty Images and Twitter / @WhiteHouse.