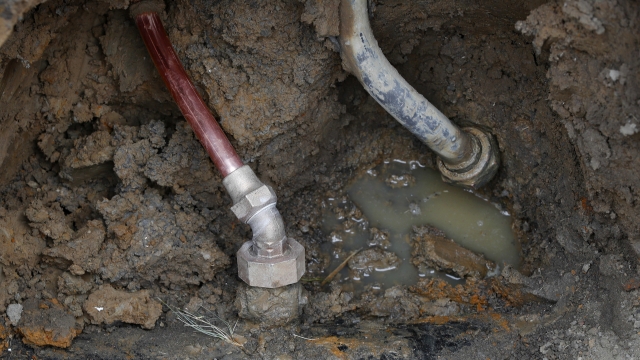 American drinking water infrastructure is aging, and the impacts are increasingly dangerous. How is the U.S. fixing it?

Clean drinking water is no luxury – it's crucial to our health. But the infrastructure that provides us with this resource is out of sight, out of mind.

That's largely because the U.S. has relatively clean water, compared to the rest of the world.

But American drinking water infrastructure is aging, and the impacts are increasingly dangerous.

"Parts of west Baltimore as well as Baltimore and Howard counties are being asked to boil their water until further notice after Baltimore's DPW said they found E. Coli contaminants in a recent water sample," said a WMAR news host.

"It's been a week since Jackson, Mississippi's main water treatment plant began to fail. It's affected nearly 150,000 residents and while the water pressure has now been restored, the water is not safe to drink," said Julie Martin, on Evening Debrief.

The Jackson crisis is just the latest drinking water problem to garner national attention, and promises from top officials for help.

Michael Regan is the EPA administrator.

"The state of Mississippi will receive more than $26 million in SRF funds in 2022, and that's on top of $30 million that's available in 2021 loan funds for Jackson," said Regan.

Experts blame the problems on aging and underfunded infrastructure. The American Society for Civil Engineering said 2.2 million miles of underground pipes deliver 39 billion gallons of water for public supply each day. But in its 2021 report card the society gave the nation's drinking water infrastructure a C-.

The dismissal comes after the Michigan Supreme Court in June said a different judge acting as a one-person jury had no authority to issue indictments.

"Some of the nation's oldest pipes were laid in the 19th century," the group said, "and pipes that were laid post-World War II have an average life span of 75 to 100 years, meaning that many of them are reaching the end of their design life."

A water main break occurs in the U.S. every two minutes, said the society, and leaks in the system waste roughly six billion gallons of treated water daily.

Meanwhile, the Natural Resources Defense Council said between nine and 12 million homes were connected to utility main lines with lead pipes known as service lines. That's an additional concern since the EPA said there is no safe level of lead for children. Communities that have struggled to replace their lead pipes include Flint, Michigan; Newark, New Jersey; and just last year, Benton Harbor, Michigan — all low income communities of color.

"If you live in one of the 10 million homes or your child attends one of the 400,000 schools or childcare centers that still has lead pipes in them, you face a clear and present danger to your child's health and your health now. This law is going to start to replace 100% of the nation's lead pipes and service lines. So every American, every child can turn on the faucet and drink clean water," said President Biden.

It's a long-due investment to ensure a daily necessity that the president says every American shouldn't have to worry about.